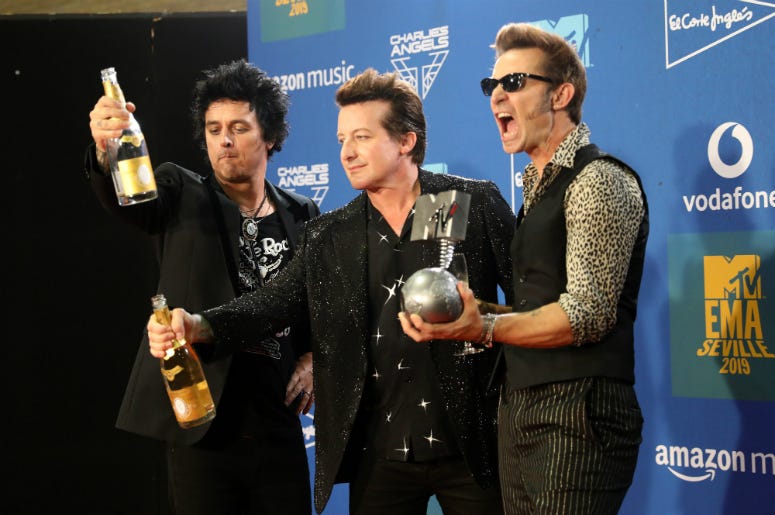 Something old, something new from Green Day during their energetic performance for the MTV EMAs.

The Rock & Roll Hall of Famers headlined the MTV World Stage Saturday night, with a portion of their set being broadcast during Sunday’s show.

Green Day started off the segment with “Father of All…,” the first single from their forthcoming album. Then fans in Seville, Spain screamed every word when the band turned up the octane on “Basket Case.” The track from 1994’s Dookie is still a crowd-pleaser after 25 years.

Billie Joe Armstrong, Mike Dirnt and Tré Cool recently followed up “Father of All…” with “Fire, Ready, Aim,” the second single from Father of all Mother*******” – due out on February 7th. The track doubles as the official show open for NBCSN’s “Wednesday Night Hockey.”

Green Day and the NHL entered into a unique partnership that will also see the band’s music used during game highlights, broadcasts and ad campaigns. The band will also perform live at the 2020 All-Star Game in St. Louis. 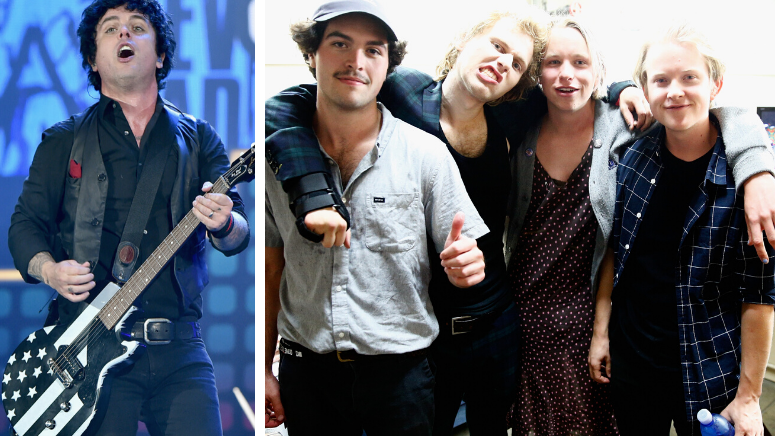 Following the release of their 13th studio album, Green Day will join forces with Weezer and Fall Out Boy for the HELLA MEGA stadium tour.
It kicks off July 17 in Seattle and runs through August 29 in Philadelphia.