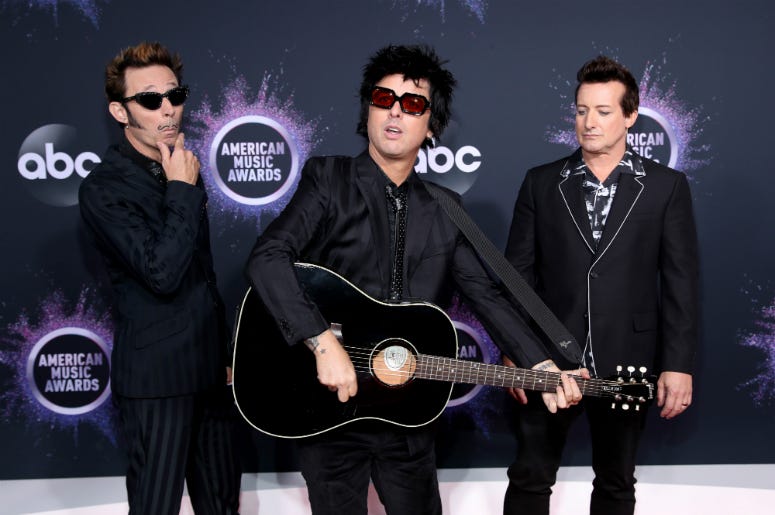 Before tearing up the Microsoft Theater with their fiery American Music Awards performance, Green Day went unplugged on the red carpet – not that it was planned.

During an interview with Billboard, the band was asked if there were any songs from their extensive catalog that are off limits for next year’s HELLA MEGA tour with Weezer and Fall Out Boy. Drummer Tré Cool said absolutely not. “We could play about 150 of them like right now,” he boasted.

To prove it, Tre grabbed an acoustic guitar and handed it to Billie Joe, who launched into “She,” the eighth track on Green Day’s 1994 breakthrough album Dookie.

Green Day performed another Dookie track – “Basket Case” – during the ceremony. After being introduced by big time fan Billie Eilish, the band started with their new song “Father of All…,” before bringing the crowd to its feet with their classic singalong. 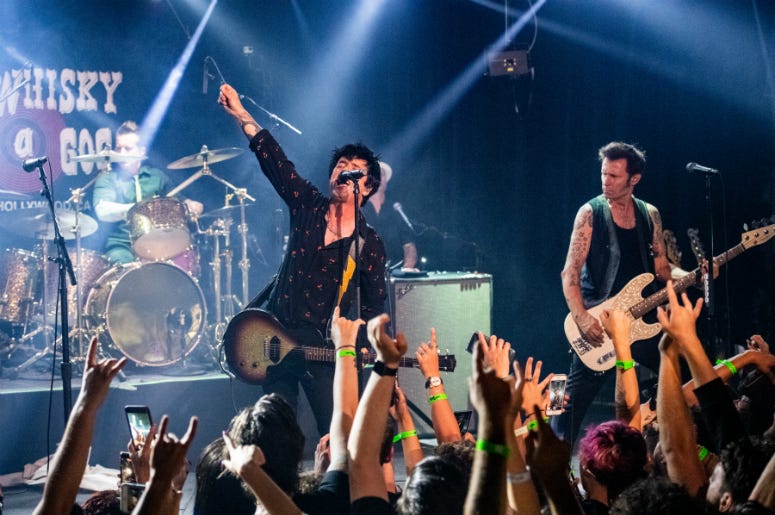 The Song Green Day Has Played Live the Most

“Father of All…” was the first single to be released from Green Day’s forthcoming 13th studio album, preceding “Fire, Ready, Aim,” which doubles as the official show open for NBCSN’s “Wednesday Night Hockey.”

The HELLA MEGA stadium tour kicks off July 17th in Seattle and runs through August 29th in Philadelphia.