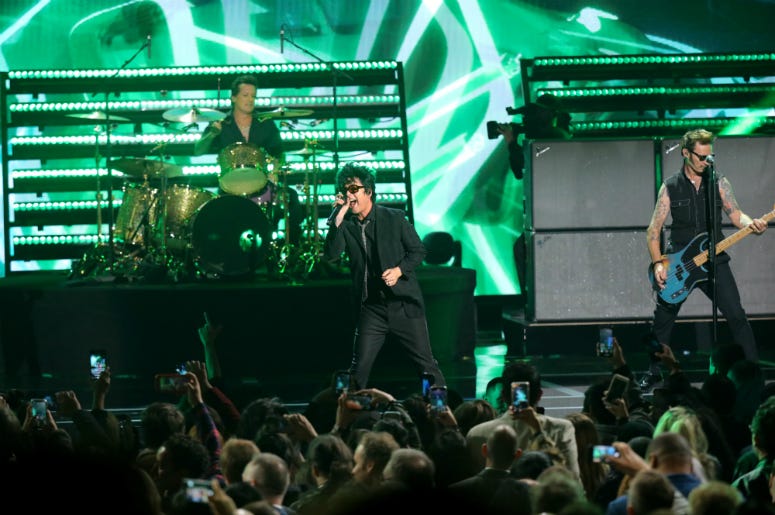 Green Day energized the 2019 Game Awards with a performance of one of their classic songs.

The Rock & Roll Hall of Fame band continued their 25th anniversary celebration of Dookie by playing “Welcome to Paradise.” The track originally appear on 1992’s Kerplunk! but was polished up and re-released on their breakthrough album.

Green Day performed “Basket Case” from Dookie during the American Music Awards and performed the LP in its entirety during a concert in Madrid in October. Some fans are hoping for the same treatment when Billie Joe and company head out on the Hella Mega Tour with Weezer and Fall Out Boy next summer.

Green Day has already released two singles from their forthcoming 13th studio album. Father of All… is due on February 7th, with the title track and the NHL anthem “Fire, Ready, Aim” being the first appetizers.

The Hella Mega Tour kicks off July 17th in Seattle and runs through August 29th in Philadelphia.