Are you ready for some hockey? And some Green Day? The 2019 premiere of “Wednesday Night Hockey” on NBCSN brings a new song from the pop punk legends from Northern California.

Green Day just released the full version of the second preview of their forthcoming 13th studio album. Listen to “Fire, Ready, Aim” now, after it debuted during the show open of tonight's game between the Philadelphia Flyers and New Jersey Devils.

It’s all because of a unique new partnership between the NHL and Green Day. The league is hoping “Fire, Ready, Aim” becomes its version of the NFL’s “Are You Ready for Some Football.” 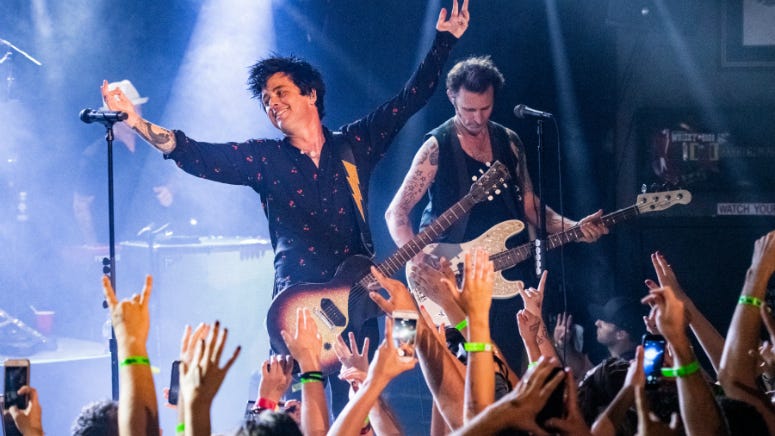 "Green Day is the perfect band for the NHL. Their music fits so perfectly with the energy, speed and power that we witness on the ice and each and every night," said NHL Chief Content Officer and Executive Vice President Steve Mayer.

When the ice melts next summer, Green Day will join forces with Weezer and Fall Out Boy for the HELLA MEGA stadium tour. It kicks off July 17 in Seattle and runs through August 29 in Philadelphia.