There’s no falling asleep on Green Day. The band’s coffee company released a new blend that promises to keep you on your toes in honor of National Coffee Day.

Father of All… Dark Roasts is described as the “darkest of the dark yet shockingly smooth — it will kick your a** and soothe your soul.”

The name of the new blend is a play on Green Day’s new single “Father of All…,” and the band is also doing something special with its next new song, which may go well with iced coffee. “Ready, Fire, Aim” will be used as the opening song for “Wednesday Night Hockey” on NBC Sports.

“This @NHL season is hereby known as LOUD season,” Green Day declared. “Where the toughest athletes to ever lace up a pair of skates meet the baddest rock band on the planet.”

It’s the first we’ve heard of the new track and it’s not the end of Green Day’s association with the NHL. Their open will debut on October 9, they’ll perform at the All-Star Game in St. Louis, new singles will be released during “Wednesday Night Hockey,” and Green Day songs will be incorporated into arena mixes around the league.

“Green Day, just the energy, how they have this great history but they keep on sort of reinventing themselves, they just work for us,” NHL chief content officer and executive VP Steve Mayer said. “Their music is going to be part of a lot of what we’re doing.” 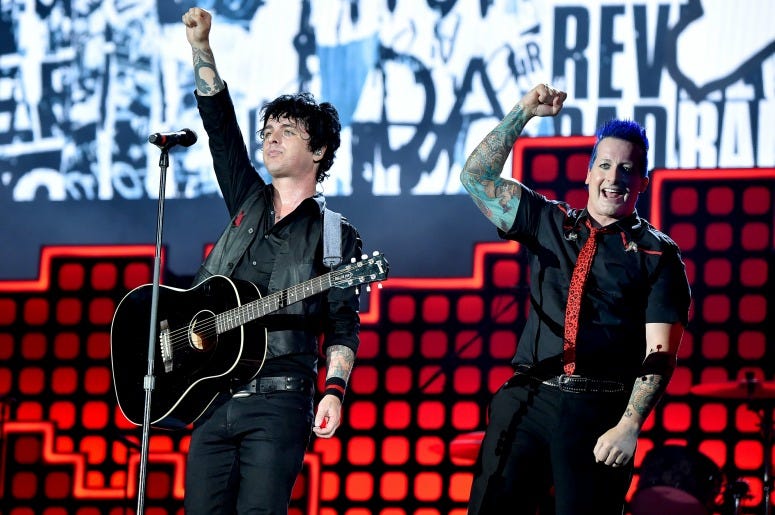