We all do ridiculous things with our phones while sitting around dealing with boredom -- add lockdown orders and no way to physically see your friends and it could be a recipe for a beautiful disaster.

The "Take Me To Church" singer was messing around on his Instagram story last night, and decided to send his friends a quick video of himself using the "Handsome Squidward" filter as he gives a perfect "yea gurl" while brushing his lip with a finger.

hozier as handsome squidward is making me lose it pic.twitter.com/uIlDAWUh3T

Unfortunately for him but quite fortunate for the rest of us, he accidentally shared the video not with his close friends, but to his public story followed by 1.6 million people. After quickly deleting the post, he came back on with a series of apologies, writing “Hahahah Inconsolable weeping Christ. That Handsome Squidward content was Just For The Boys®. Pray for me. Thank you.” 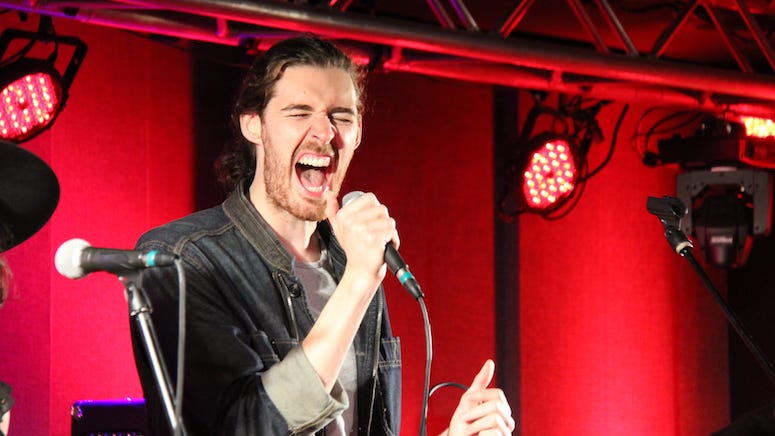 How Hozier Reinvigorated His Creative Process Following a Multi-Year Tour

"I have no idea what I'm talking about. Please don't look at this, just move on," he pleaded with his fans while lying in bed. "If you do, you never saw that. I’m so mortified."

"I'm not high," he promised. "I just pressed the wrong button and then my phone s*** the bed. And then, I couldn’t delete it fast enough. And I come back to it and it's seen by a rake of people."

Obviously he knew there was no chance of that happening. Fans have been posting and commenting ever since the video surfaced.

a saga in four parts by hozier pic.twitter.com/nr5hCS7sC1

i’m crying with laughter, i can’t believe Hozier uploaded a handsome squidward insta story and promptly deleted, this just made my day

Hozier's latest record, Wasteland, Baby! was released in March 2019. Along with the rest of the industry, his 2020 touring plans have been put on hold and has been keeping busy with charitable projects and updating fans on social media.