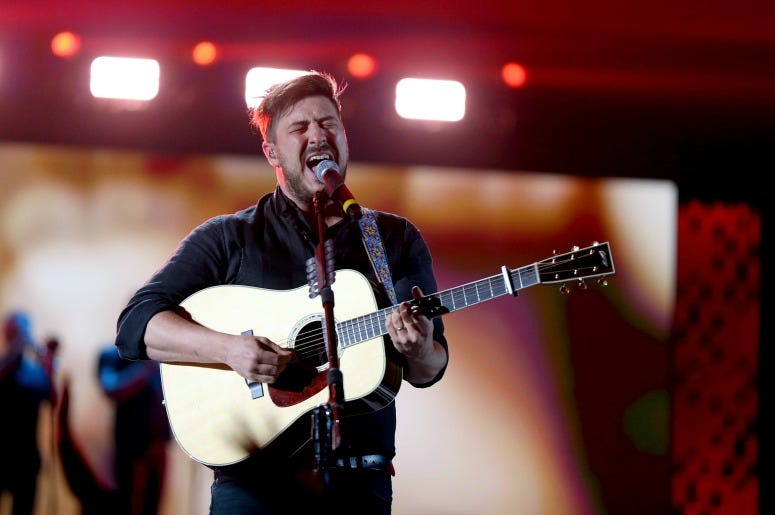 It seems like we’ve always known Mumford & Sons, with their timeless style and sound that reaches back through history. A band that’s always borrowed from the past, taking familiar foundations and building upon it with passion, it’s tough to remember a time before we heard those first furious strums of “Little Lion Man.”

October 2, 2009, Mumford & Sons released their debut album, Sigh No More, in the UK. It would follow a few months later in the US. The album sold over a million copies in the United Kingdom and over four million in the US, totaling 7 million in sales worldwide and eventually landing at number 2 on the both album charts. The album won Album of the Year at the Brit Awards and was nominated for the Mercury Prize. It was a proper introduction to a band that would go on to win Album Of The Year at the GRAMMY Awards with their next trip out, setting the stage for a career of inescapable, infectious, and earnest songs that have become a part of the fabric of music.

To celebrate the anniversary of Sigh No More, we've released a special EP featuring sessions from back in the day. Thank you to every single one of you for 10 amazing years. Link in bio.