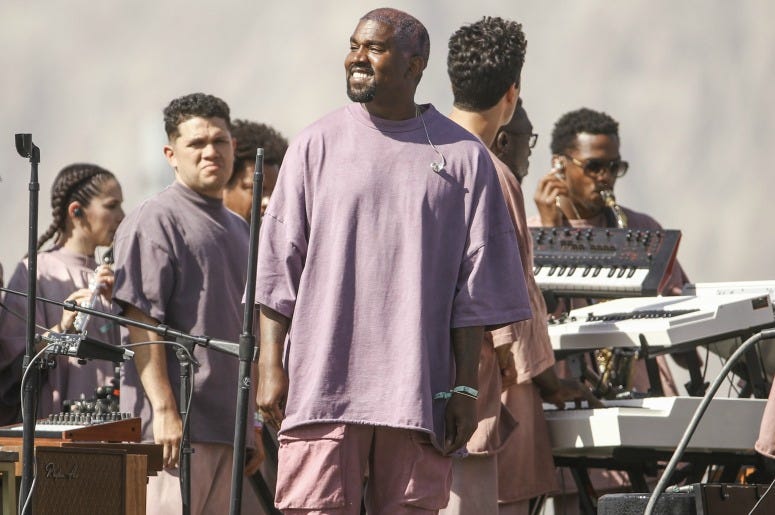 This weekend, Kanye West and his choir took the music of Nirvana and put it into prayer.

It’s all a part of West’s Sunday Service, a weekly collective of ministry and music led by the artist. Each week the gospel is comprised of songs, often originally by West, but also new interpretations of classics.

This week two songs from Nirvana’s 1991 breakthrough album, Nevermind, were reimagined by Kanye and company to turn these angsty anthems into songs of praise.

“Just confess, he’ll do the rest, Christ is here, hallelujah,“ the group sings in new lyrics to “Come As You Are.” Later they sing, "Let your light shine, it's contagious, here we are now, inspiration" in the Sunday Service version of “Smells Like Teen Spirit.”

The Nirvana songs from this week’s edition of Sunday Service are just the latest from Kanye’s 90s vault. Earlier this month, West turned No Doubt’s smash “Don’t Speak” into the spiritual “Lord Speaks.”

Gwen Stefani from the band was moved by the music, tweeting that she “literally started crying”, asking Kim Kardashian-West for the copy of the song.