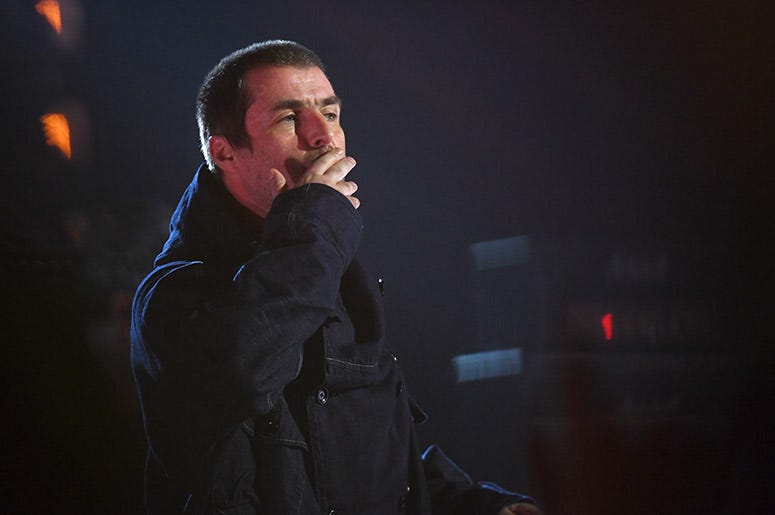 Liam Gallagher is adapting to our COVID concert landscape with a new set of socially distant live shows performed on the river… the River Thames, to be exact.

The former Oasis rocker says the Down By The River Thames concert series will swim off (Get it? Swim off? Similar to “Kick off.” Because of the water. Anyway…) December 5 atop a boat on the river. “I'm performing a one-off celestial live performance for you to stream,” Liam announced in an Instagram post, Monday morning. The message includes a concert poster displaying the illustrated brit-pop star commanding his rock n’ roll boat.

“I'll be performing tracks from my two number 1 solo albums as well as some stone cold Oasis classics, some of which you haven't heard me sing for a long, long time,” he promises.

MelodyVR will host the live stream which takes place at divergent hours in the United States. Check out the event’s website for more details on tickets and start times.

Gallagher teased the upcoming concert with some sneaky guerilla marketing tactics, last Friday. Fans in London spotted the singer floating down a boat along the River Thames jamming out to some of his most memorable singles. One Twitter user stopped and got a few images of Liam’s ferocious ferry jam session. “Just walked across Tower Bridge and heard music coming from a boat underneath - it turned out to be Liam Gallagher,” the fan tweeted.

Just walked across Tower Bridge and heard music coming from a boat underneath - it turned out to be Liam Gallagher pic.twitter.com/q2nMjs1vAg

It’s not the artist’s first ostentatious act during this quarantine lockdown. Liam announced a free concert to give thanks to the healthcare workers of the United Kingdom. It was initially scheduled for October, but get delayed till May 23, 2021 due to venue confusion.