Tell us how you really feel, you two!

Machine Gun Kelly and new girlfriend, actor Megan Fox were snapped in what can only be described as a full-on prom pose on Friday, showing up on film producer Randall Emmett's Instagram.

The new couple are in Puerto Rico along with Emmett, his fiancee Lala Kent, and stars Lukas Haas, and Emile Hirsch resuming filming amid the pandemic on the highly anticipated movie Midnight in the Switchgrass.

The new couple were also spotted by the Paparazzi as they were leaving LAX on Friday, and the pics of them nuzzling each other while awaiting their departing flight should give you some relationship goals for sure, just not as much as this one below.

“After four months apart! Grateful to be back in #puertorico filming with this amazing cast! Adapting to this new world! All quarantined together!” Emmett captioned the shot. 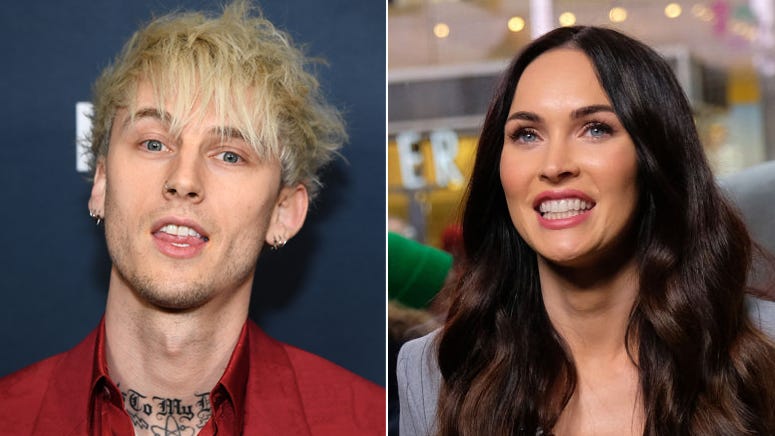 Machine Gun Kelly Is a Huge Fan of Megan Fox's Feet: 'Most Beautiful Feet That Exist'

Fan comments on Emmett's IG post are overwhelmingly positive, with many speaking about how happy Fox looks being cuddled by the Blonde Don.

MGK and Fox are currently the celebrity world's couple du jour. Kelly has recently spoken about what it was like filming the video for his single "Bloody Valentine," which features the Transformers actress -- and how their courtship has perfectly intertwined with his own healthy obsessions.