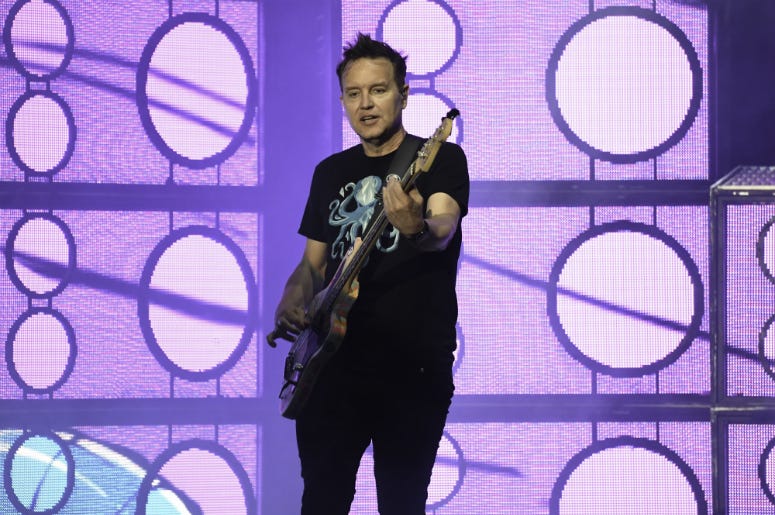 “What do you love about music,” young journalist William Miller asks guitarist Russell Hammond at the end of the film “Almost Famous.” Hammond’s reply: “To begin with, everything.”

For Mark Hoppus, part of that “everything” is the impact Blink-182’s music has on their fans. The bassist/singer was in a reflective mood when he shared some words he had jotted down on the Notes app on his phone.

Hoppus said he had been thinking about the power of music for a while – specifically the experience of a live show. 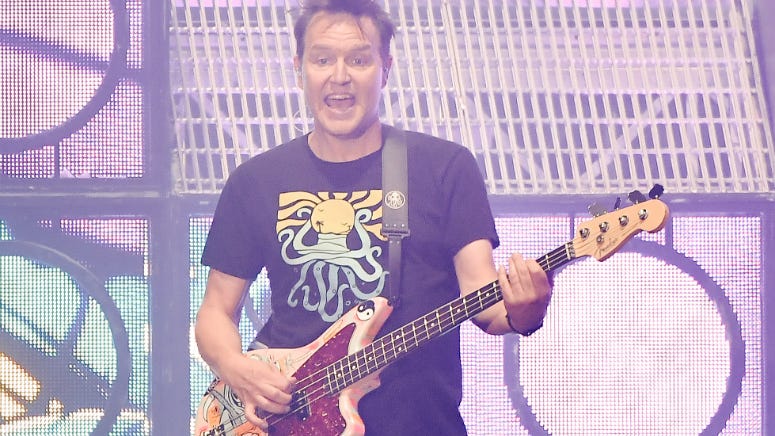 Blink-182 Goes Back to School in New Video for 'Darkside'

"Words we wrote in a garage or studio or an idea scribbled down in the middle of the night, or written in the depths of self-doubt or despair," Hoppus began.
"To sing songs and have those songs sung back to us. A shared experience between everyone. It's amazing to see you smiling and laughing."

"Several times on this tour I've looked out during “Adam's Song” and seen people weeping crying and holding their friends or spouses," he continued. "Maybe remembering a lost friend or loved one, or a difficult time in one's life."

Something I’ve been thinking forever but needed to put into words tonight. pic.twitter.com/CH7F3p2fai

Blink-182’s tour with Lil’ Wayne continues through mid-October. The pop punk favorites have been playing Enema of the State in its entirely in honor of their breakthrough album’s 20th anniversary. The band is also preparing to release their new studio album NINE this Friday.

BLINK-182 CLEARS UP CONTROVERSY OVER 'NINE':