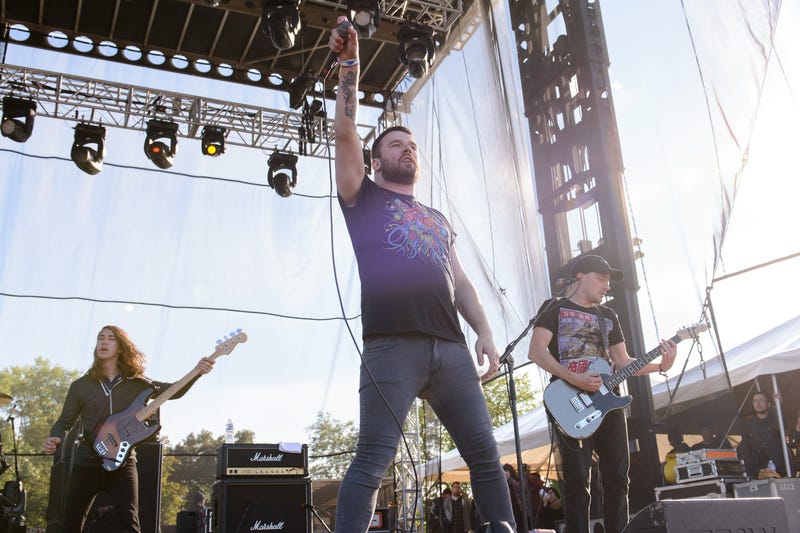 Max is working on a new superhero book called Savage. "My book is about this son of a David Beckham-type soccer player, who ends up being raised on a desert island full of dinosaurs and then has to return back to the normal world,” Bemis casually explains.

However the most important book to Max is “this book called Heavy, it was actually the first idea I ever had for a comic book before I even attempted to write them.” He continues, “I got inspired and I had this idea about how I wasn’t worthy of spending the afterlife with my wife… I don’t see myself as that great… so the book is all about this guy, he’s like The Punisher in the afterlife and he has to enforce karma. So he has to go throughout multiple dimensions killing bad people in order to earn his right to see his wife.”

Bemis shares that Heavy is really a critique of superheroes and “toxic masculinity.” “People described it as somewhere between Curb Your Enthusiasm meets The Punisher,” Max explains.

Now that Say Anything is on hiatus Bemis says he has a lot going on in his life. With four kids to raise he focuses on them. Plus Max shares, “we raise our kids in a sort of anarchist manner, we want them to feel free and we want them to have a lot of support and love.”

In terms of music and art, Bemis is working on what he refers to as a “solo career.”

“I find it hard to say, ‘it is a solo career’, you know I got singed under ‘Max Bemis,’ but it does feel weird and admittedly because everyone kind of who knows my band, kind of knows that I was comprised of most of what that band was about. I really think it's a stylistic departure if anything… it’s music to feel good to or empowered to and it’s not necessarily just wrenching my soul out,” Max elaborates.

Bemis explains that at this point in his career he doesn’t feel he needs to put his pain under the microscope of music and lyrics even though it is there. Now Bemis is exploring new topics on his own and allowing Say Anything to be its own entity. “Say Anything was literally its own movie or its own Netflix drama that has now resolved its arch,” says the singer