My Chemical Romance played their first gig in seven years in Los Angeles last month and scheduled a dozen shows in Australia, New Zealand, Japan and Europe. But if one of the biggest bands of the 2000s was going to be making a comeback, there had to be more to it than that, right? There is.

In a dramatic video titled “A Summoning…” that had fans on the edges of their seats, My Chemical Romance announced an extensive North American tour. It begins September 9th in Detroit and is scheduled through October 11th in Las Vegas. 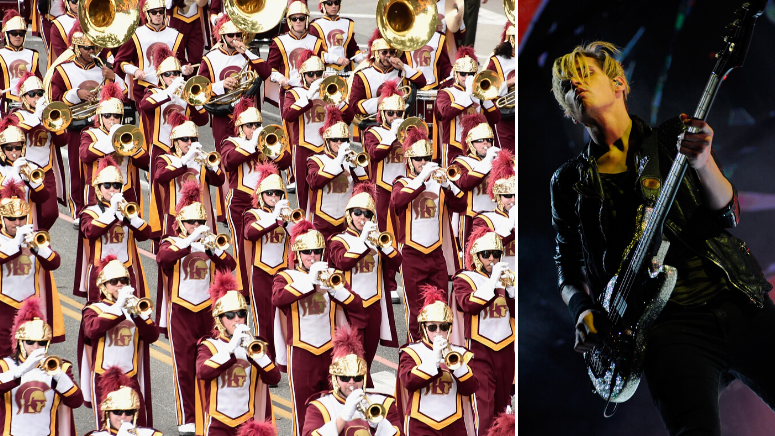 MCR had been teasing some kind of announcement with a pair of cryptic social media posts. The video premiered on their YouTube page and social media at 11:45 ET Wednesday.

The 13-minute clip is full of dark imagery and begins with a young man putting his shoes on and making coffee before lighting candles, playing a record and using a Ouija board.

It leads to a series of bizarre encounters with three people wearing creepy masks that begin hunting him down. While he’s fleeing his mysterious, dimly-lit surroundings, he comes upon a bloodied bride and groom and goth ballerina before suddenly falling out of a car into an entirely different place: the desert. A huge explosion sends him back indoors to an empty arena.