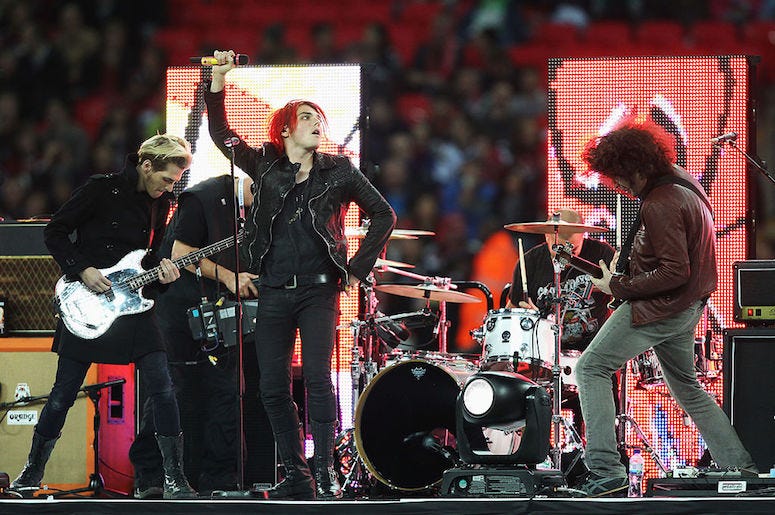 10-year-old rocker Nandi Bushell has taken the internet by storm and has now added another major rock group to her ever growing list of impressive covers.

Nandi has already taken down Dave Grohl, Muse, Slipknot, and Led Zeppelin. Now, My Chemical Romance is the latest band to receive Nandi’s cover treatment as she covered their 2006 track “Welcome to the Black Parade.”

“I love being able to let out all my energy after a stressful week of home learning and online exams,” Nandi wrote in the video’s description.

“My daddy said I am starting to go through an #emo phase as I discovered @MyChemicalRomance this week! So so so good! I absolutely love #WelcomeToTheBLACKParade such a great song to let it all out to!”

This past December marked the one year anniversary of My Chemical Romance’s reunion. 2020 was set to be the year the band made their glorious return, but COVID-19 interrupted their tour plans.

Members of MCR took to social media to reminisce on the anniversary of the band returning to the stage after a six year hiatus. Guitarist Frank Iero showed off his new tattoo that read “California 2019.”

“1 year ago today was the last 'show' I played in front of a live audience, and the first show mychem had played in a little over 7 years,” he wrote in an Instagram post.

“Throughout 2020 I have been incredibly fortunate to be able to play a few live streams and collaborate remotely with some ridiculously talented individuals... but as much fun as that has been, I really can’t wait for it to be safe enough to be able to play real shows again. take care of one another. wear a mask, stay safe, and keep the faith. Xofrnk”

sports
NCAA Tournament odds: Will Ohio State be a No. 1 seed?
sports
NBA player props: 3 best bets for Friday, February 26
news
The net worths and salaries of 13 of the richest politicians in America
music
Kelly Clarkson 'has written like 60 songs' in the wake of divorce
music
Billie Eilish reveals relationship and more in 'The World's a Little Blurry' doc
news
How to avoid COVID-19 vaccine scams