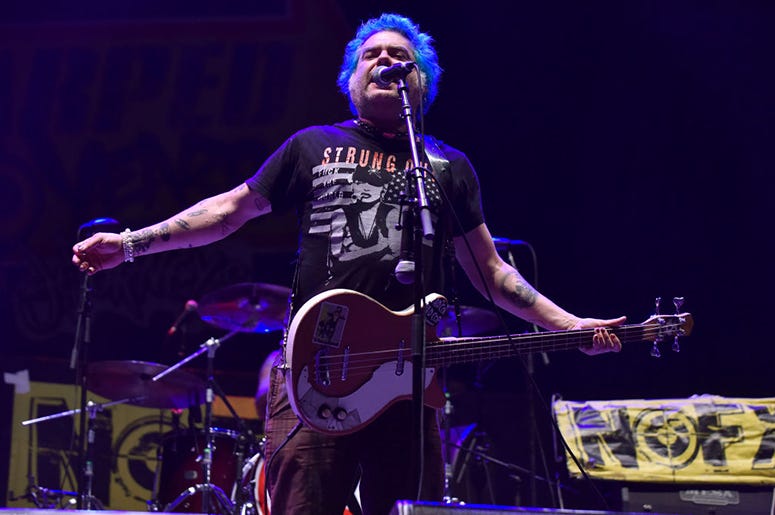 They say imitation is the most sincere form of flattery, but these punks just can't leave it alone.

After watching countless bands cover their classic 1994 Punk In Drublic opener "Linoleum," as they say in a new video "poorly," California punks NOFX have provided an update.

Upon announcing their upcoming 14th full-length release, Single Album, arriving on February 26th, frontman Fat Mike and his band of merry men give fans "Linewleum" -- a collaboration with rockers Avenged Sevenfold who help to provide a more "metal" take on the pop-punk anthem.

The video features footage scraped from various clips of bands, names included, who have covered the song over the last 27 years -- together with Avenged Sevenfold themselves.

The original song's lyrics also get an interesting update, with perfectly crafted Fat Mike snark: "Intellectual property never meant anything to me. So, I’m not crazy for trying to pimp out a classic song. At 25 years old it’s the humane thing to do. Even though you know we know you think it’s wrong..."

"I have no idea why 'Linoleum' is THE NOFX song that is covered by so many bands, while other NOFX songs get hardly any attention," Mike says in a blog post. "'Linoleum' wasn't a single; it had no video; it got no radio play, and most importantly, it didn't even have a chorus!!! All popular songs have choruses! WTF!"

He continues, "A song about not playing a song that's not a hit song with a video about other bands covering the song! This is why I love punk rock and writing punk songs. Rules out the door!"

Fat Mike’s own label Fat Wreck Chords will once again be releasing the new album, which you can pre-order here.