An Oasis reunion remains about the unlikeliest event in music, but that doesn’t mean there’s nothing left in the vault.

The band has released a new lyric video for their fan-favorite tune “Fade Away.” Lines like “While we're living, the dreams we have as children fade away” from the punkish track are now more in-your-face with the new visual.

The video for the B-side to “Cigarettes and Alcohol” was released as part of Oasis’ 25th anniversary celebration of their first album. 1994’s Definitely Maybe was the fastest-selling debut ever in the U.K. at the time and has sold more than 5-million copies worldwide.

Oasis is set to reissue Definitely Maybe in two limited-edition vinyl formats on August 30 - a picture disc via the band’s online store and a silver LP available in stores.

Despite constant calls for the “Wonderwall” band to get back together, the brothers Gallagher continue to express zero interest. Still, you can’t stop the Foo Fighters from getting on the reunion bandwagon. Taylor Hawkins plastered a picture of the Gallaghers on his kick drum during the band’s set at the Reading Festival over the weekend. He and Dave Grohl also bantered about an Oasis reunion as they switched positions for a Queen cover and told the crowd they should get a petition going. 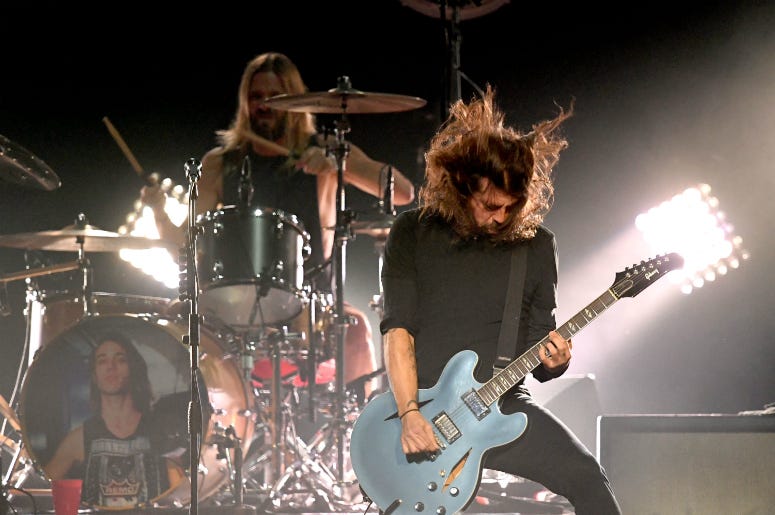