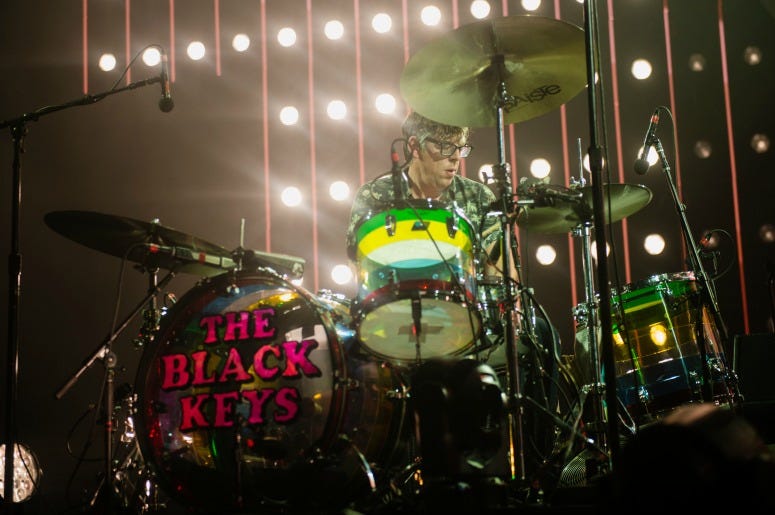 You won’t find fireworks at a Black Keys show. There are no pyro cannons or confetti storms, no wristbands that blink in time to the beat. They don’t come to a satellite stage and slap high-fives, or venture into the crowd as security surrounds the scene. There’s no surprise guests, no surprises at all.

There’s a lot The Black Keys don’t do, for good reason. What the duo of Dan Auerbach and Patrick Carney do, maybe now better than ever, is deliver an old-fashion, local haunt rock show with howling guitars and a bass drum you can feel in your chest. It’s a solid set of inescapable riffs and snaring sing-a-longs, battle-tested from Ohio and built for the long run. 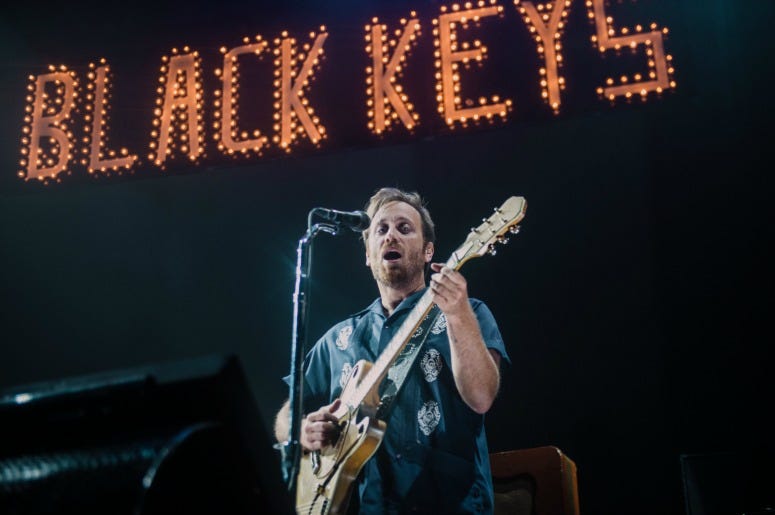 “Let’s get it moving man,” Auerbach commanded after he walked on to the stage, joined by longtime companion Pat Carney and three other players to round out the sound. The band immediately launched into 2008’s “I Got Mine,” without ceremony – content to speak through soul-capturing riffs and the raw energy that has become the band’s biggest allure. Above them were dripping towers of yellow light, with the band’s name spelled out in bright bulbs behind them. Both flashed with urgency, coaxing the crowd into the evening.

Auerbach was plugged in with a coiled cord leading to a small wall of amplifiers, as Carney sat behind a clear kit with their name blazing in purple on the bass drum. As the night goes on the band dives deeper into their new album, the excellent return-to-form LP, “Let’s Rock,” released in June. The new selections fit snuggly next to the band’s best, sharing some of the same spirit and DNA. Also as the night progresses, so does the production. A large video screen projects pictures behind them with shadows swaying from the three other members. In the encore, a giant electric chair from the album cover joins them on stage. The lights from above extend down closer to the crowd. It’s all bold and beautiful, but never too much for the meat and potatoes rock it illuminates. 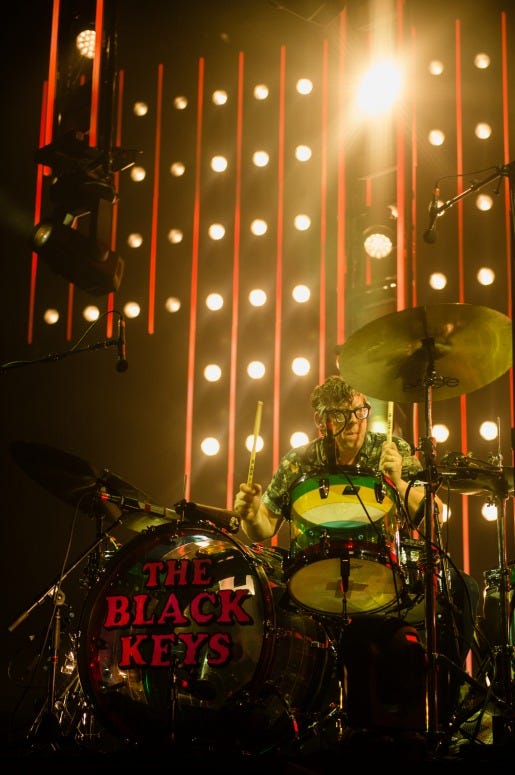 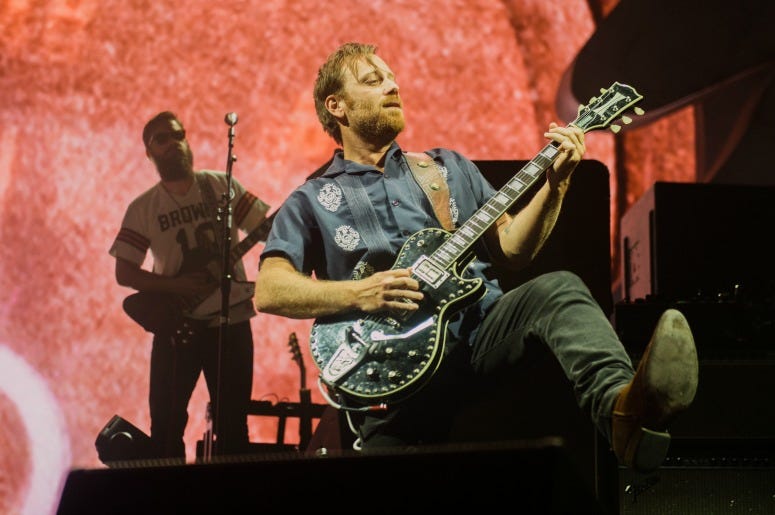 Even after an absence, The Black Keys appear in top form because they stay true to what they do. “Once again we’re The Black Keys from Akron, OH,” Auerbach announced modestly, before counting in to another classic. “We’re gonna go back down to the basement for a little bit.” Never do they let the spectacle outshine the purpose, the music that was born out of the basement that somehow has made it to yet another packed arena full of people.

The Black Keys continue their tour across the country into November.
You can find the full list of upcoming dates here.