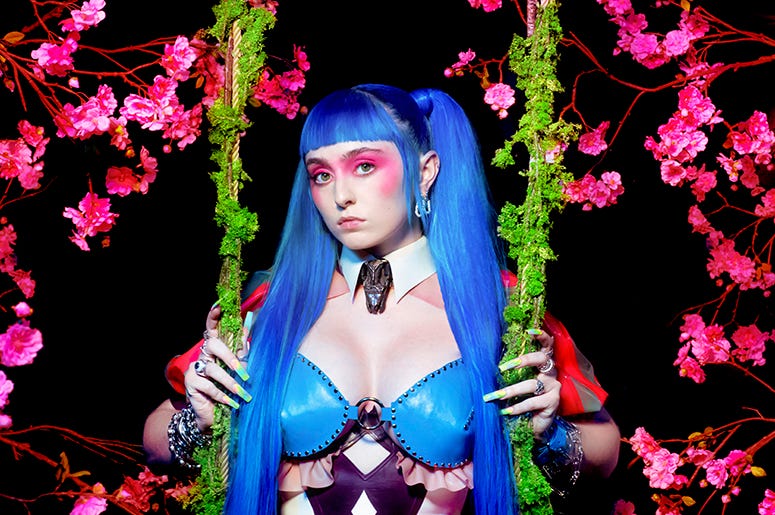 This week’s RADIO.COM Pick of the Week is Ashnikko's "Daisy."

When you hear our RADIO.COM Pick of the Week on your favorite RADIO.COM Alternative station at 11AM, 4PM, 7PM ET/6PM CT, or midnight, tell us if you like or dislike it.

"I just like being a little demon – a little devil hellraiser," Ashnikko giggles, her voice both razor-sharp and feather-light. The London-based American artist is describing the concept behind her new mixtape DEMIDEVIL, the cover art of which shows her as a dragon being ridden by a demidevil version of herself. It's just like everything Ashnikko does: as real as it is surreal, and as terrifying as it is hilarious. "It sheds light on the polarity of my songs – some are tender and sweet, and some are more intense. The songs are very different, and DEMIDEVIL brings them together."

Ashton Nicole Casey is better known as Ashnikko -- singer, songwriter, rapper, record producer, and model. Her 2019 single "Stupid" with Yung Baby Tate picked up quite a bit of viral popularity on TikTok and prior to that saw success with her collaboration with Grimes, "Cry."

Keep an eye out for Ashnikko's debut mixtape, DEMIDEVIL set to arrive on on November 13.