In 2018, Smashing Pumpkins released their first album in 18 years that featured core members Billy Corgan, James Iha and Jimmy Chamberlin. But Shiny And Oh So Bright, Vol. 1… was just a way to get back in the traditional Pumpkins game for Corgan, and now he says the band is ready to release something even better.

He told Tennessean a new album has been in the works for more than a year, and at 21 tracks (and maybe counting), there’s enough material for a double album that will be released sometime in 2020. 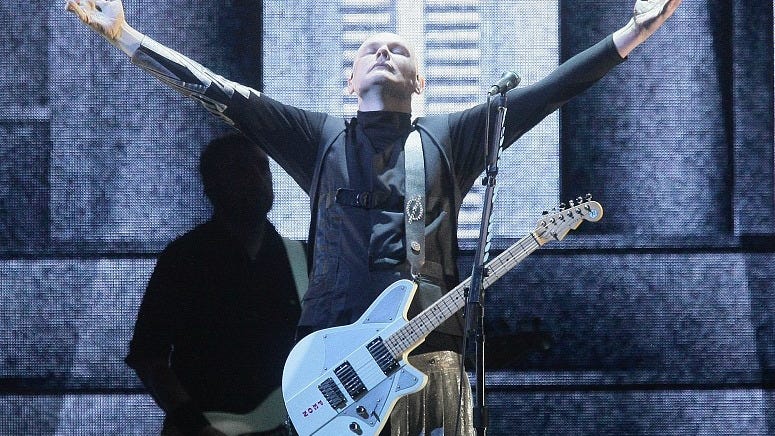 “This is the first album since the album that came out in 2000, Machina, where me, James and Jimmy worked on something for a very long time,” he said.  “The last one was kind of like, ‘let’s just jump in, record some stuff real fast, and let it be what it is.’ So I'm excited about this, because we're kind of back in the lane of taking a risk, and trying to bring something new to the table, as opposed to just aping what we're known for.”

New music from SP coming to your ears this year. Where in the world will you be listening? 🇧🇷🇦🇷🇳🇴🇦🇺🇨🇦🇲🇽🇺🇸🇬🇧?
📷: @ale_juz pic.twitter.com/kk3Loe4I7L

The new Smashing Pumpkins album is being recorded in Nashville because Corgan says he likes how the studios there are run the old-fashioned way. He also enjoys being around the quality of musicians the Music City has to offer.

While the 2018 album may not have been Corgan’s favorite, Shiny And Oh So Bright, Vol. 1 / LP: No Past. No Future. No Sun garnered several good reviews. RADIO.COM wrote: “Solara” and “Marchin’ On” are the hardest-rocking songs on the album and come closest to the Siamese Dream sound that broke the band in 1993. But if you’re more of a Mellon Collie And The Infinite Sadness fan, “Silvery Sometimes (Ghosts)” is the best track on the album.