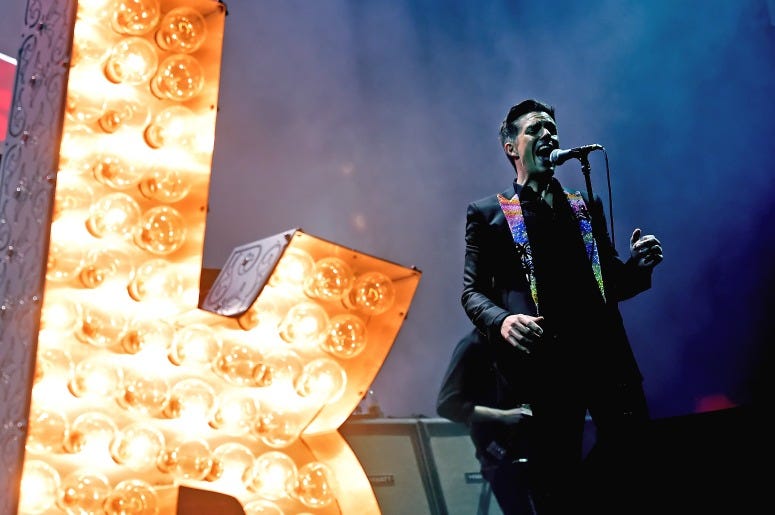 After months of teasing with potential song titles, The Killers have shared more information about their upcoming sixth studio album.

Imploding The Mirage will arrive in Spring of 2020, accompanied by a tour of the UK and Ireland. The band is set to play some of the biggest venues of their career at stadiums overseas starting in May.

Introducing IMPLODING THE MIRAGE. Preorder the album to get access to pre-sale tickets for our UK & Ireland Tour at the link in bio. Future musical teasing imminent.

Last month, The Killers cryptically posted a list of potential song titles for Imploding The Mirage, written out on a white board by the band. It followed a similar shot posted in April, and a photo of the group at work in their Utah studio in December of last year.

Imploding The Mirage will be the band’s first new music since the stand alone single, “Land Of The Free,” found the band weighing in on current events earlier this year. Their last album, Wonderful Wonderful, debuted at number one when it was released in 2017.

The string of shows set for the UK are The Killers first since headlining Glastonbury this summer. You can find the list of upcoming dates below.