It’s been a few years since The Killers put out a Christmas single, but that hasn’t kept us from staying in the spirit. The band famously released 11 different songs over the years, celebrating the holiday and benefitting the (RED) Foundation. All with that special swagger that only Brandon Flowers and company can offer, they remain some of our favorite additions to any Christmas party, so we had to ask about them.

“We probably have different favorites,” Flowers says as he looks on at drummer Ronnie Vannucci, backstage at Riptide Music Festival powered by Ford. “’Don’t Shoot Me Santa’ would be my current favorite,” Ronnie responds, and Flowers quickly follows with “Christmas in L.A.” 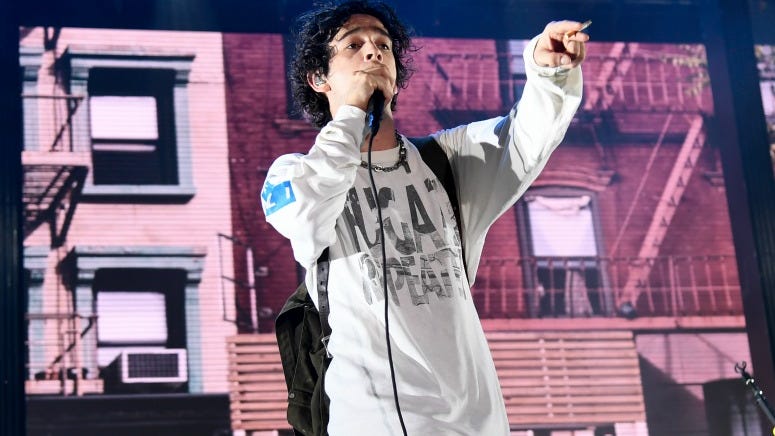 The Killers last released a Christmas single in 2016. After an impressive run, now they opt for other activities to keep themselves busy. We can’t complain too much, because it freed them up to join RADIO.COM at Riptide. “That’s what we would be doing right now,” Vannucci explains when asked why they no longer release them. “We’d be struggling to find artwork.”

“We’re proud of what we did and we raised a lot of money for the RED campaign, so it’s nice,” Flowers adds.

Listen to Christmas Classics on the RADIO.COM App

Feeling adventurous, we widened the scope and asked Brandon and Ronnie their favorite Christmas song of all time.

“You’re gonna get us cancelled Vannucci,” Flowers grins as he looks over.

Brandon doesn’t have one at the ready, but the drummer offers a suggestion. “Little Drummer Boy.”

There’s no Christmas song coming from The Killers this season, but their sixth studio album, Imploding The Mirage, is set for spring of 2020. The two were short on details but they did reveal that they are working with Jonathan Rado from the band Foxygen, and producer Shawn Everett on the upcoming LP. Everett was also a part of 2017’s album, Wonderful Wonderful.

Check out more of our coverage from Riptide Music Festival powered by Ford here.