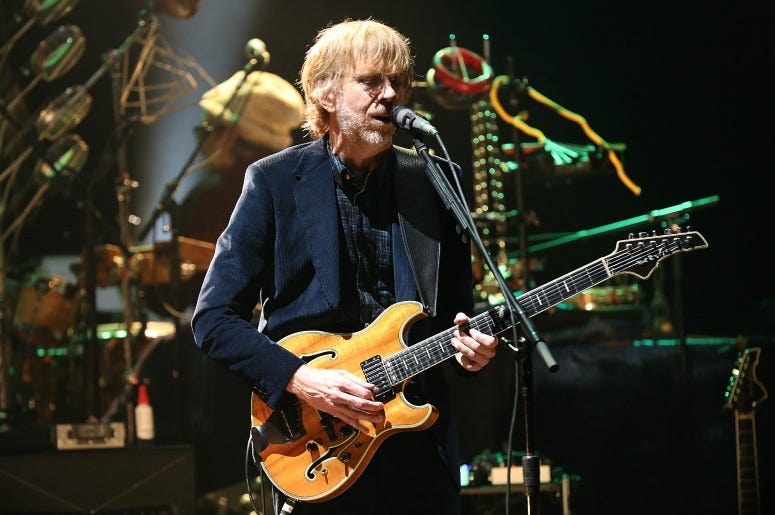 Once again this Labor Day Weekend, Phish will celebrate with three sold out shows at Dick’s Sporting Goods Park in Commerce City, Colorado. However, this year some accommodations will be a little bit different because of the plague.

The shows will still go on as planned, but camping that traditionally takes place surrounding the area for this string of concerts has been cancelled, after plague-infected prairie dogs have forced Tri-County Health officials to step in.

Parts of the Rocky Mountain Arsenal National Wildlife Refuge around the venue are currently dealing with prairie dogs that are carrying the plague and the infected fleas that transmit the disease. Several portions of the park have been closed since July.

“As you may have heard, there have been ongoing cases of plague in prairie dog colonies in the Rocky Mountain Arsenal National Wildlife Refuge this summer. Fortunately, the Tri-County Health Department has advised that Dick’s Sporting Goods Park is safe to host Phish’s concerts over Labor Day weekend,” the band wrote in a statement on Tuesday. “While there have been no confirmed cases of plague on site at DSGP, as an extra measure of caution, the Health Department has restricted parking at the venue to asphalt lots — concertgoers will not be allowed to park on unpaved lots or grass.”

According to the Denver Post, typically 2,000 to 3,000 attendees camp during the long weekend, but this year health officials have shut down the option.

“All camping tickets and RV tickets will be automatically refunded within the next few days,” the statement continues. “We recognize the tremendous inconvenience this may cause for those who had planned on camping.”

Officials continue to monitor and treat the plague outbreak. No human infections have been reported.

You can find the full list of upcoming Phish show here.