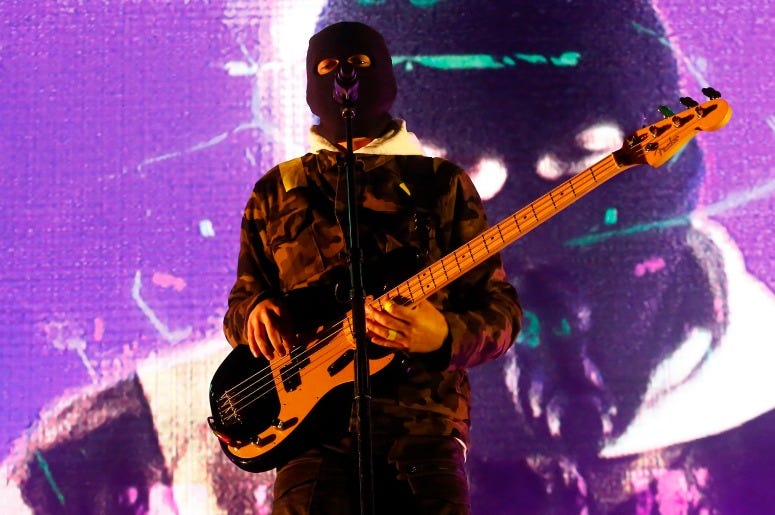 So many great things have happened during the Trench era for Twenty One Pilots.

We’ve got 14 new songs to love, a new little member of the Skeleton Clique has been announced, countless engagements along the way, and a video game feud we didn’t even know we needed. Even with all this though, the most adorable new development since the group released the LP in October, has to be Ned.

Ned first appeared in the band’s video for “Chlorine,” and instantly became a fan favorite. We can talk all afternoon about what he represents, or we could just talk about how he has stolen our heart with those giant eyes and even bigger ears.

Knowing our passion for Ned, there is now a few new ways to celebrate the little dude, including a new Funko figure that is available starting on Friday October 11.

Fans have been making their own version of Ned all year, and now you can have the official version in your life, all the time. There is also a new line of merch featuring Ned, including t-shirts and hoodies that has been revealed along with a phone number where you can leave Ned a message.

Twenty One Pilots are currently on the road for the fall edition of The Bandito Tour. You can find the full list of upcoming dates here.