The 18-year-old singer has gone from “bad guy” to Bond, with Tuesday’s announcement that she will write and record the theme to the upcoming James Bond film, No Time to Die.

Fans were shaken and stirred to learn that she would be the youngest person ever to perform over the iconic titles, but who was it before Billie became the spy’s new favorite singer? 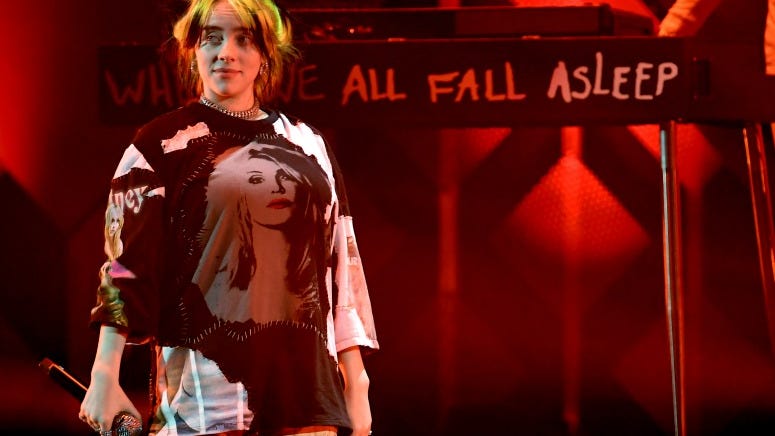 No Time to Die is the 25th film in the James Bond franchise, and plenty of hits have occupied the opening frames over the years. Duran Duran hit number one in 1985 with their song from “A View to a Kill”, and Paul McCartney and Carly Simon both landed at number two with their 007 original. More recently Adele and Madonna have also scored top ten hits with their James Bond themes.

Sam Smith won Best Original Song at the Oscars for “Writing’s On The Wall” from 2016’s Spectre. He was only 23 at the time he released his Bond theme, but still not the youngest to do it.

That honor belonged to Sheena Easton, who released her take on Bond in 1981. “For Your Eyes Only” arrived when Easton was only 22 years old. The song hit number four on the Billboard chart and was nominated for an Academy Award.

Now Easton is just the second-youngest ever to perform a Bond theme, with Billie Eilish breaking her record like she has so many others.

No Time to Die is due out in theaters on April 2.