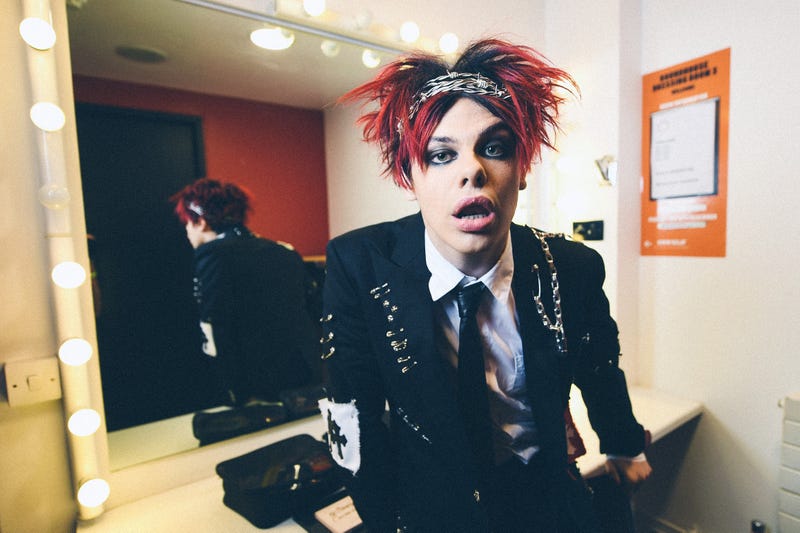 YUNGBLUD's newest album weird! has recently reached number 1 in the UK and now he’s sitting down with RADIO.COM’s Emo Nite to discuss the wild success of his new music and more.

The “strawberry lipstick” singer explains what it felt like to wake up to the news that his album reached number one in his home country and says, “I was just like ‘what!’ Especially this year man to be honest, like where I’m from in the UK at Christmas it's normally like big pop giants or Christmas albums go number one by a country mile. Because it's Christmas everyone buys these albums for Christmas presents… so for an emo/punk/ rock and roll album to be number one is mental.”

While YUNGBLUD doesn’t necessarily care about numbers, he does feel that the “sheer volume” of success that weird! has seen is crucial for the emo/punk scene. YUNGBLUD shares that Oliver Sykes of Bring Me the Horizon reached out to share how validating it was to see weird! reach number one. “We are here, we exist, rock and roll is very much alive and breathing,” is the sentiment that YUNGBLUD and his punk peers share.

After hitting number one, YUNGBLUD was given an award which he shares he sent to the jewelers to get melted down and turned into safety pins, an iconic British punk staple accessory, that he will send out to fans at random. 150 pins will go out to fans who commented on the Instagram post when the album dropped and to those who purchased the album.

The punk rocker says that the climate of the world “absolutely” shaped how weird! sounds. YUNGBLUD shares that the first album, 21st Century Liability, was a call to see if there was anyone else out there like him and after getting a massive response from “every kid, from every continent, or every size, shape, color, sexuality, point of view, and seeing the sheer courage of ‘em and the sheer like confidence, and the sheer defiance to be anything other than exactly who they are…made this album what it was.”

The singer says that his newest record is a response back to all of the fans that identified with what he was feeling on 21st Century Liability. “These stories that I heard needed to be written to music, because music is words and poetry… this is their story, this is our story,” YUNGBLUD explains.