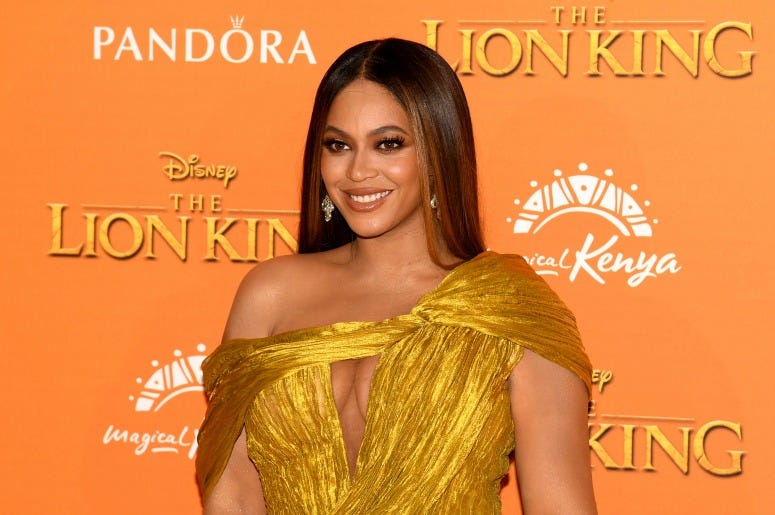 From the big screen of theaters to the small screen of social media, the weekend belonged to Beyoncé.

Directed by Jon Favreau, the update to the 1994 classic stars Donald Glover as Simba, Beyoncé as Nala, and Billy Eichner and Seth Rogen as Timon and Pumbaa.

While the king stampeded the competition at the box office, the real ruler was the Queen.

Beyoncé is also the executive producer behind The Lion King: The Gift, a collection of 14 original tracks inspired by the film and the music of Africa, which dropped alongside the release of the film.

The companion album features several stand outs, but a song featuring her daughter, Blue Ivy Carter, has sparked a beautiful movement across timelines.

The Carter’s first child stars and sings on “BROWN SKIN GIRL”, a tribute with an extra shot of sincerity from her inclusion. Since the release of the song, women have been sharing their own pictures of empowerment from their skin color by taking the #BrownSkinGirlChallenge.

as soon as i saw the trend i just had to hop in too and join my beautiful brownies 😭💓#BrownSkinGirlChallenge pic.twitter.com/traq1cgqRm

There’s complexities in my completion, Beyoncé and Blue Ivy said so. #BrownSkinGirlChallenge pic.twitter.com/CZnIPqgNq6

Brown skin girl, Your skin just like pearls. The best thing in the world, Never trade you for anybodyelse♥️ @chuma_matsaluka #BrownSkinGirlChallenge pic.twitter.com/SFQhR7Id9A

Beyoncé has also released an extended video for two other songs from The Lion King: The Gift. The uplifting bookends from the album, “BIGGER” and “SPIRIT”, come together in a gorgeous celebration. You can watch the new video below.

The Lion King is in theaters everywhere.