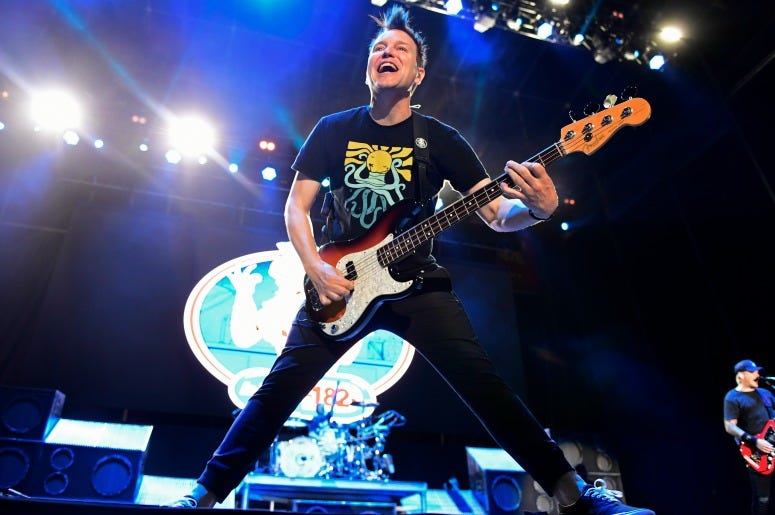 Blink-182 has finally revealed the details for their upcoming album.

NINE will arrive on September 20. The album features 15 tracks, including the lead single “Blame It On My Youth”, “Happy Days”, and the upcoming single “Darkside” which is due out on Friday. The band has been previewing “Darkside” for fans that text them at a number they announced earlier this week.

There’s some slight confusion over the title of NINE, with several sites noting that it’s the band’s eighth studio album. That is technically true, however after the success of blink-182’s breakout album, Dude Ranch, their debut album Cheshire Cat was re-released along with their demo titled Buddha being made available for the first time. Both were originally recorded under the name Blink, before a lawsuit prompted the addition of the 182.

Or, there’s also the possibility that the band is including their legendary live album, The Mark, Tom and Travis Show, which has remained a fan favorite since it was released in 2000. Either way, NINE is the ninth full album release from the band over the past 25 years.

NINE follows California, which was released in 2016 and is the first to feature Matt Skiba.

You can find the full tracklist for NINE below.

15. Remember To Forget Me