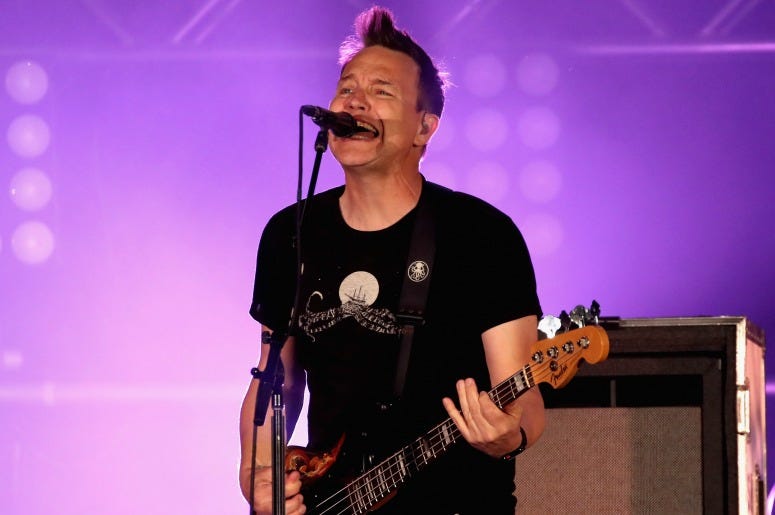 On Tuesday the band began tweeting out a number, taken from a picture of a graffiti-covered bathroom stall. “For a good time text” is reads, along with the number (323) 831-0182.

If you’re willing to slide into blink’s SMS’ and give them a few details, the group will reward you with a sample of their song “Darkside.” The unreleased tune is the fourth sample from their upcoming album, following “Blame It On My Youth”, “Generational Divide”, and “Happy Days.”

Last week, blink-182 announced that the follow-up to their 2016 album California will finally arrive on September 20th.

The band is currently on tour with Lil Wayne, who is totally really seriously excited to be there, celebrating the 20th anniversary of Enema Of The State.
You can find the full list of upcoming dates here.