The NFL regular season is underway for the rock star and the country star too. Before Tom Brady and Ben Roethlisberger squared off on the field for Sunday Night Football, Joan Jett and Carrie Underwood set the stage.

Jett joined Underwood for the show open for the first time. “Waiting All Day for Sunday Night” is based on Jett’s “I Hate Myself for Loving You.” Underwood handled the vocals as usual, but Jett provided some harmonies on the chorus and played guitar.

“I’ve always been a fan of Joan Jett; It is her song,” Underwood said. “I will use any excuse I can to work with Joan Jett.”

“I love how they make every year feel different and look different,” Underwood said. “It’s meant to be big and feel big.” 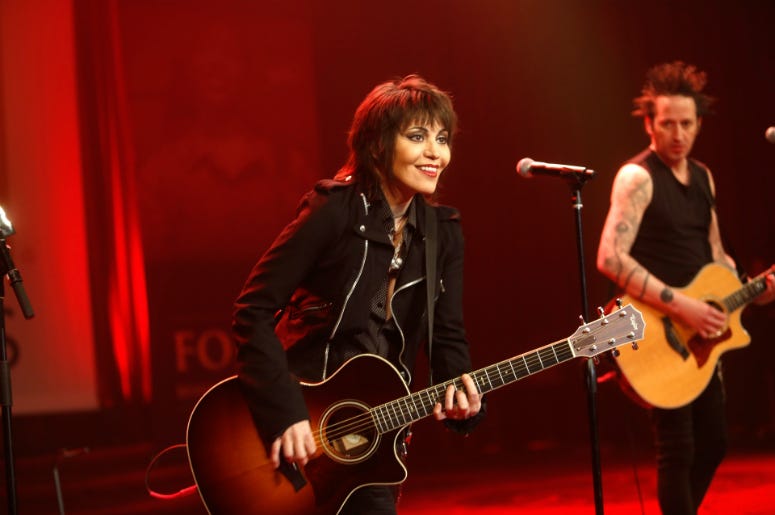 It’s not the first time this year Jett plugged her amp into the sports arena. The rock and roll hall of famer performed “Bad Reputation” live while Ronda Rousey made her entrance at WrestleMania at MetLife Stadium in April.

Prior to the main event. Rousey was as effusive in her praise of Jett as Underwood is.