The Kobe Bryant tributes keep pouring in more than a month after the basketball legend’s death.

KISS performed at Staples Center in Los Angeles on Wednesday night, which gave the band its chance to pay their respects. Following their first encore, “Beth,” frontman Paul Stanley paused the show to observe that they were in the house that Kobe built. He then put on a yellow #24 Bryant jersey, the rare occasion when a member of KISS wears something other than their trademark stage outfit. 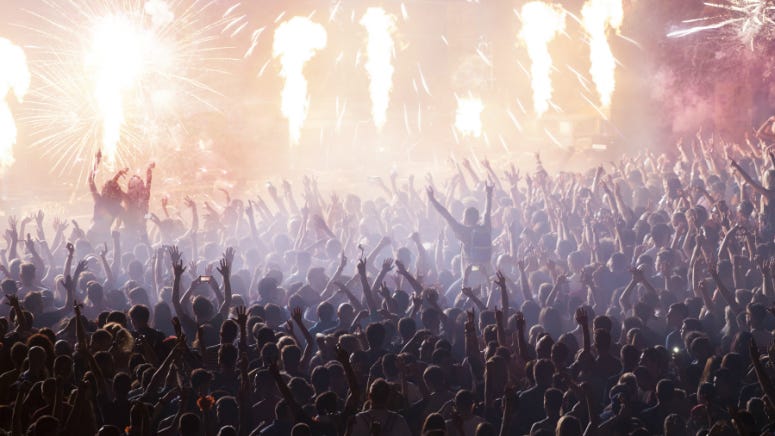 "None of us would be here if this place wasn't really like a memorial to somebody who was so much more than a basketball player, somebody who's been a role model," Stanley said to the crowd. “And tonight, I think we dedicate this show not only to Kobe and his daughter Gigi, but to all the people who perished on that helicopter."

The band launched into “Do You Love Me?” from their 1976 album, Destroyer, while purple and gold balloons dropped onto the stage and the numbers 2, 8, and 24 appeared in lights above.

Stanley met Bryant in the same building a few years earlier and shared a picture of the moment on social media on the day Kobe died.

WOW! Kobe. Such A Shock. My Condolences To His Wife And Children. Very, very sad. #KobeBryant pic.twitter.com/4UM6Vap8Dc