KISS may have had to cancel their tour of New Zealand and Australia while Paul Stanley battles the flu, but the other band members still went Down Under to play one of their most unique gigs ever.

Gene Simmons, Tommy Thayer and Eric Singer hopped aboard a boat for a concert billed as KISS playing for great white sharks. But despite cranking up the amps and giving it all they had, apparently no sharks turned up.

"The guys were tight, they were right into it, it was loud, there were lights, there were smoke machines — it was everything that a KISS concert should be," Adventure Bay Charters owner Matt Waller told Australian TV. 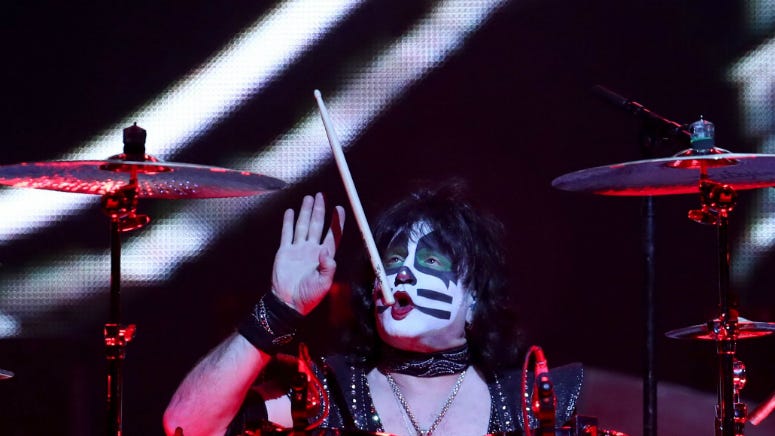 The concert was an Airbnb tourism promotion, and experts had hoped the low-frequency sounds of rock and roll would draw the sharks to the area where a few lucky fans on glass-bottomed boats were ready to get an up close and personal look. Perhaps the sharks were holding out for Stanley, but KISS die-hards weren’t too disappointed; they still had a chance to watch something very different.

“I would say it’s one of the most unusual, eclectic things we ever did, that’s for sure,” Singer said.

KISS recently announced their last-ever gig on their marathon End of the Road tour will be on July 17, 2021 in New York City. They’ll be taking another trip or two around the world between now and then, with another North American leg beginning on February 1, 2020 in Manchester, NH.