Miley Cyrus was in full rock ‘n’ roll mode when she stepped into Jim Morrison’s shoes for a performance of “Roadhouse Blues” alongside Robby Krieger of The Doors.

Cyrus effortlessly handled vocals on the classic song while the Tangiers Blues Band and producer Andrew Watt helped provide the inspiration. Krieger took his usual stage right post, armed with his trademark red Gibson SG guitar, and chimed in with some backing vocals. The only other surviving member of The Doors, drummer John Densmore, was not on stage.

The performance went down at the Sunset Marquis Hotel in West Hollywood and was part of an event celebrating the 50th anniversary of The Doors’ Morrison Hotel. The band put a blues slant on their 1970 album which followed the experimental, horns-infused The Soft Parade of 1969. 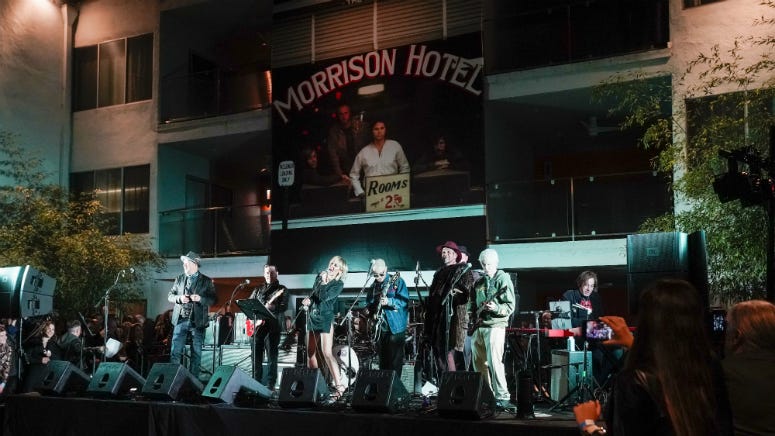 While Cyrus makes her living as a pop star, she is proving her mettle in the world of rock with a string of impressive covers. The 27-year-old performed Metallica and Nine Inch Nails songs at Glastonbury last year and sang “Say Hello 2 Heaven” with Temple of the Dog at the Chris Cornell tribute concert. 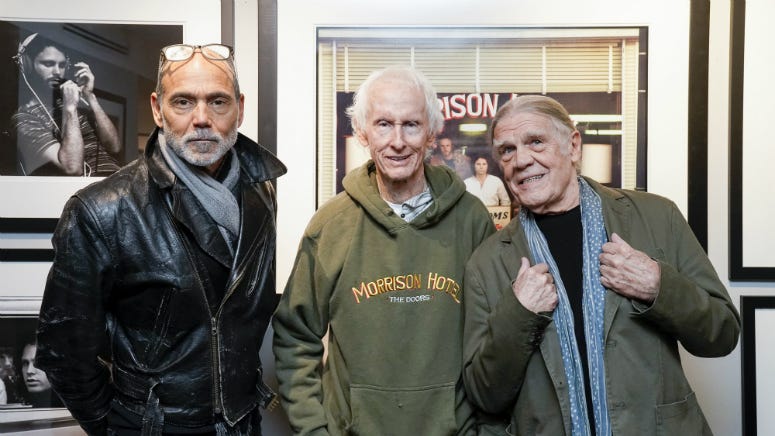