When Toto takes the stage at The Met in Philadelphia this weekend, it will be the last time the current line-up performs together in that capacity. Founding member, guitarist and prolific session musician Steve Lukather says the band is calling it quits.

The end of Toto’s 40th anniversary tour will spell the end of the band as we know it. They’ve maintained a grueling schedule on and off since releasing their debut album in 1978, and Lukather told the Morning Call in Allentown, PA it’s time to take a break. 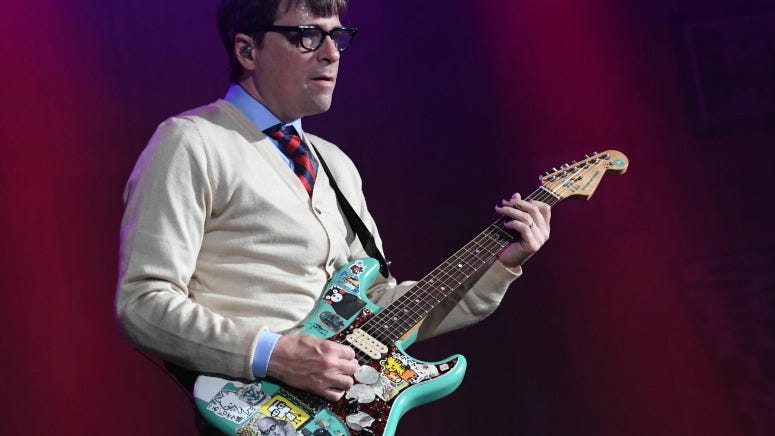 Watch ‘Weird Al’ Fill In For Weezer During ‘Africa’ Video

Toto’s current touring line-up also consists of founding member Steve Porcaro and longtime vocalist Joseph Williams. Paich left the tour more than a year ago because of a health scare.

"We’re playing better than ever. That’s the irony,” Lukather said. “The band, we’re playing great. When we walk on stage, man, it’s like we’re kids again, and we just give it all we got. It keeps you youthful inside. I feel great. I feel better than I did when I was 40, you know?

Causal fans know Toto for their transcendent hit “Africa,” as well as other classics like “Rosanna” and “Hold the Line,” but the meticulously-produced band has made other massive contributions to music. Among the most notable was Lukather’s rhythm guitar parts on Michael Jackson’s “Beat It.” The 61-year-old says has no plans to stop playing music altogether.

“I can play whatever I want from my entire career with whomever I want to, and so can everybody else,” Lukather said. “But I don’t know what that is yet. We’ve been working really hard for a really long time if you look at the last 10 years of touring for the band; we’ve toured more than we ever have.”