There have been countless books - containing hundreds of photographs - written about the Rolling Stones, but no outsider has the quality of material that can be provided by a band member with a camera.

Longtime bassist Bill Wyman has announced the release of his new, limited edition book “Stones From the Inside.” It’s a collection of his own pictures of the Rolling Stones on-stage, backstage and on the road.

"I have been asked many times over the years, what I might have been if I hadn't been a Rolling Stone for three decades,” Wyman writes in the introduction. “My reply was always that I would have loved to have been a curator at a museum, running a library or, best of all, taking up photography as a career. As none of these ever happened, I amused myself throughout my travels by taking photographs of the people around me." 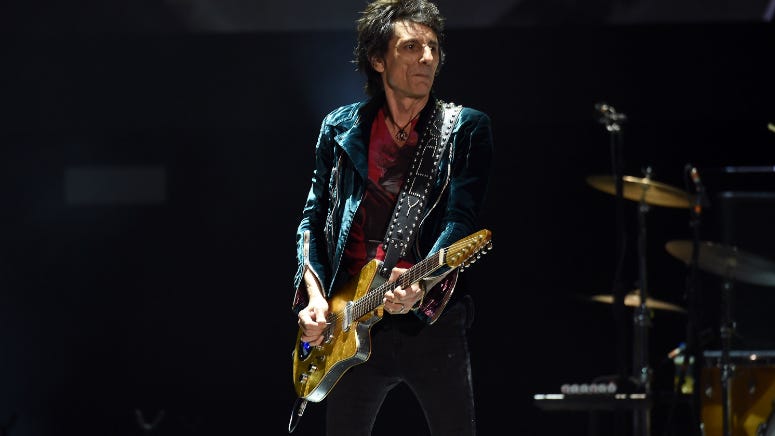 Only 300 copies of the book are being printed at a price of $523. “Stones From the Inside” features pictures of the Rolling Stones doing their thing as band, including those moments when legends like John Lennon, Eric Clapton and David Bowie were around.

“Wyman offers up wonderful insights, anecdotes and behind-the-photo stories, giving all us a front-row seat and backstage pass to what it was like to be there, as music history was made as a member of The Rolling Stones,” reads the official synopsis.

Take a look at some of the images here.

Wyman was the bassist for the Rolling Stones from 1962 to 1993 and has never been formally replaced as a band member.

news
Understanding the COVID-19 death toll
i'm listening
I'm Listening: Listen back to the moments you missed
sports
Watt brothers set to become second trio of siblings in same game in modern NFL history
i'm listening
I'm Listening 2020: In their own words
news
WATCH: Driver flees the scene after crashing into gas pump and starting a fire
news
At least 1 Louisville officer shot as protesters take to the streets over Breonna Taylor decision