“The Tonight Show Starring Jimmy Fallon” went psychedelic in honor of an appearance by a former Beatle.

Ringo Starr joined Fallon and The Roots for a new take on “Yellow Submarine.” They gave the 1966 track, which Starr sang lead on, the “classroom instruments” treatment.

Against the backdrop of a set decorated like the animated submarine from the Beatles’ film, Starr sand and played a mini toy drum set while the others used kazoos, xylophones and more. Trippy animation was added to the video to complete the experience. 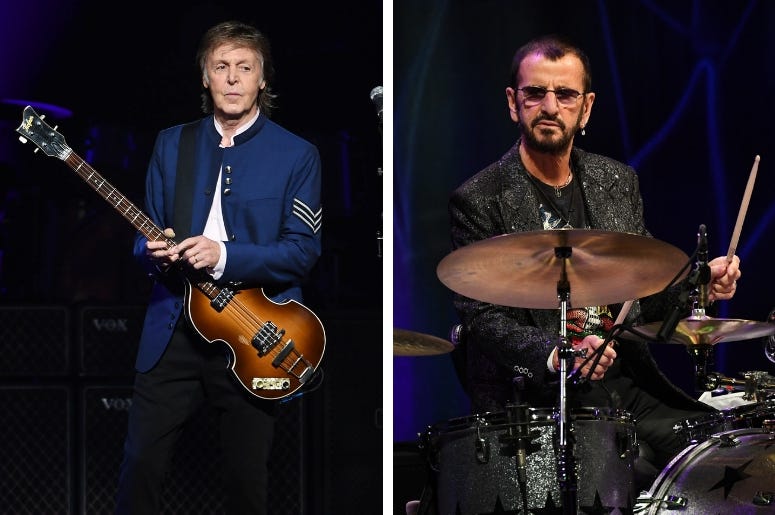 Starr also recently took part in a unique performance of a different kind. He was one of the musicians from across the globe that joined Robbie Robertson on “The Weight.” The 50th anniversary of the classic song by The Band was celebrated by Playing for Change.

The organization brought people from five continents together with the help of a mobile recording studio to perform a new version of the track. Watch the production that took more than a year to produce below.