Sometimes it seems like bands like The Who and Aerosmith will go on forever, but both rock and roll hall of famers were reminded this week that they’re not invincible.

On Wednesday, The Who had to cut their show in Houston short because singer Roger Daltrey was losing his voice. The band had been playing for about 45 minutes when the 75-year-old decided he couldn’t continue.

"I think I should quit while I am ahead," Daltrey told the audience. 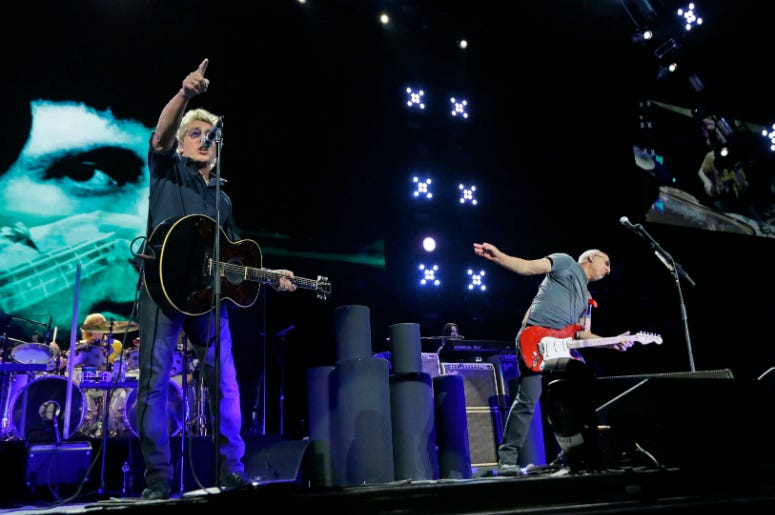 The band took a short break before making it official. Pete Townshend returned to the stage to deliver the news, which the crowd seemed to take in stride.

“Roger can not actually speak now,” Townshend said. “Apparently, before the show he saw a doctor. He’s been singing so f****** great through this tour… he has been on the top of his game. I’m really sorry this has happened to you guys tonight. We know that it’s not just about a date on the calendar – it’s about reorganizing your lives, babysitters and all the rest of it.”

Townshend promised to return to Houston at a later date to play for the same fans with the same tickets.

Meanwhile, on Thursday, Aerosmith was forced to cancel a show on its Vegas residency for the same reason. Singer Steven Tyler was unable to perform because of vocal issues of his own.

“I lost my voice… but I can’t talk about it.” the 71 year old quipped on Twitter. “Refunds for Thursday 26th of September’s cancelled performance will be issued at point of purchase.

I LOST MY VOICE… BUT I CAN’T TALK ABOUT IT.
REFUNDS FOR THURSDAY 26TH OF SEPTEMBER'S CANCELED PERFORMANCE WILL BE ISSUED AT POINT OF PURCHASE.@Aerosmith #DEUCESAREWILD pic.twitter.com/XlCnfqYks1

Aerosmith is set to play 14 more shows on its Deuces Are Wild residency before the end of the year, while The Who have nine dates left on their Moving On! tour. Nether band had cancelled any further shows at last check.