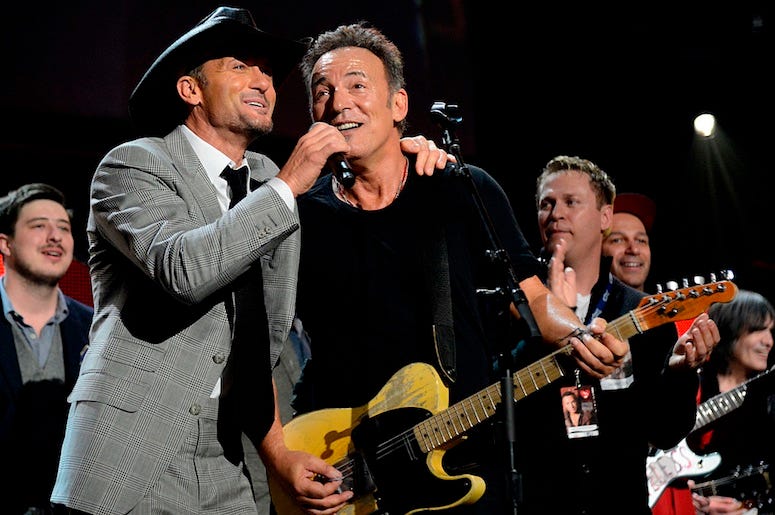 Even if you’ve won the highest accolades a musician can achieve, it’s still crushing when you lose out on an award you were so close to winning.

As accomplished as Bruce Springsteen is, he was devastated after losing Album of the Year at the 2003 GRAMMY Awards. The Boss spoke about the experience with Tim McGraw on the Country star’s Apple Music show and how McGraw helped console him.

"I always remember one thing you said to me. It was the night after we lost the GRAMMY for The Rising and I came into the dressing room and everybody was kind of down in the mouth," Springsteen said.

"And you said, 'Hey, what's the matter man? You're Bruce Springsteen.' I always remember that, man. That took me up, it was kind of a great moment. And I've always remembered that when I think of you."

The Boss returned with his first album since 2014 when he released Letter to You this past October. Despite the lengthy gap, Springsteen promised fans a big surprise in 2021.

“You know, I have some projects coming up this year that I won’t tell because it’s going to be a secret and then a big surprise,” he said with a laugh on his radio show.

“But I do have things to keep me busy this year that I’ll be doing that should give the fans something to bide their time with."