U2 has released its first new music in two years – a collaboration with Indian artist A.R. Rahman that promotes peace.

“Ahimsa” is an atmospheric and airy song with soothing backing vocals provided by Rahman’s two daughters. The single takes its name from the Sanskrit word for non-violence. “This is an invitation - to a high location - from someone who wants to be loved,” Bono sings.

Rahman is perhaps best-known internationally for his work on the 2008 “Slumdog Millionaire” soundtrack. He gave more insight into the meaning of “Ahimsa” to Rolling Stone India. 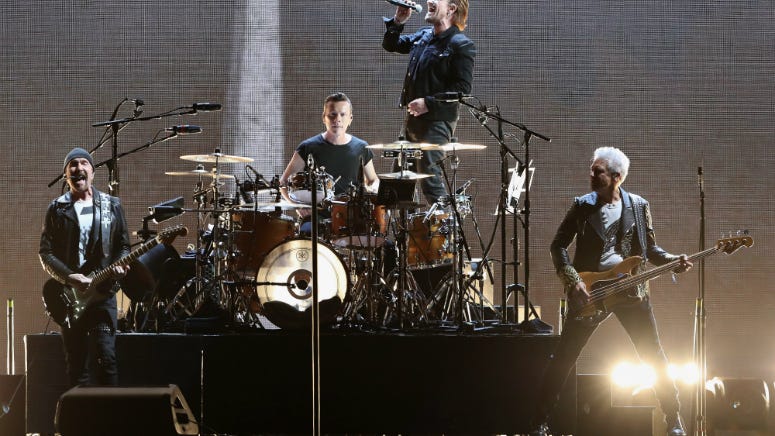 U2’s collaboration with Rahman comes less than one month ahead of the band’s first-ever concert in India. Their Joshua Tree tour arrives in Mumbai on December 15th.

“It has been an absolute joy to work with A.R. on this track,” said guitarist The Edge. “A superstar and a talent both towering and generous, we are especially excited to visit his homeland in just a few weeks."

U2 is in Australia this weekend, where they have been paying tribute to the firefighters who have been battling devastating wildfires in the eastern part of the continent. The band even ran into a few dozen heroes at the airport in Melbourne and took a picture with them in front of their tour jet.

An honour to run into a couple of @cfavic heroes at Melbourne airport today...
To all the firefighters working so hard across Australia - we salute you.
Bono, The Edge, Adam and Larry pic.twitter.com/LkPAycFI1n

The 2019 segment of the tour is strictly an overseas event, with dates also coming up in Japan and the Philippines.