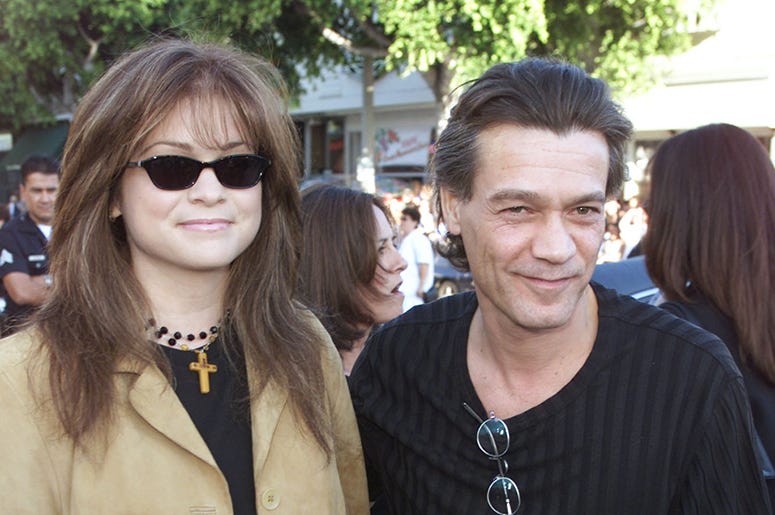 Bertinelli, a frequent guest on the program, found solace in the hosts she’s gotten to know over the years. “I don’t know why I’m tearing up,” she said. “You know when you hear voices and you see people that you feel the connection with and — you guys always make me tear up.”

“It’s been rough. Very bittersweet… It’s hard,” Valerie said of Eddie’s passing. “I’ve gone to text him a few dozen times. I was like, ‘Oh, I can’t text him right now.’”

She was blessed, however, to be able to spend holiday time with her son Wolfgang Van Halen after being away from him on his birthday for the first time due to coronavirus restrictions. “We went into shutdown in March," Valerie explained. "It was the first birthday in 29 years I didn't get to see him, so we really made an effort to keep ourselves healthy and safe and masked... It's a very much-needed time for us."

Valerie and Eddie wed in 1981 and had one child together, Wolfgang, before their separation and eventual divorce in 2007.

Bassist Wolfie had been the most recent family addition to the Van Halen touring empire and has been creating admittedly different music than people might expect on his own. He marked the official debut of his solo career in November 2020 with the release of “Distance” under the name Mammoth WVH. Grab a tissue, it's all about dad.

“It’s a cacophony of emotions that I can’t halfway unpack,” Wolfgang told RADIO.COM about the song's high acclaim. “It’s crazy, I never saw any of this coming.”

Look forward to Wolfie's debut album in the new year as well as (hopefully) some live dates. Mammoth WVH has already been booked for the 2021 Aftershock festival, scheduled for October 7 through 10 in Sacramento, CA.