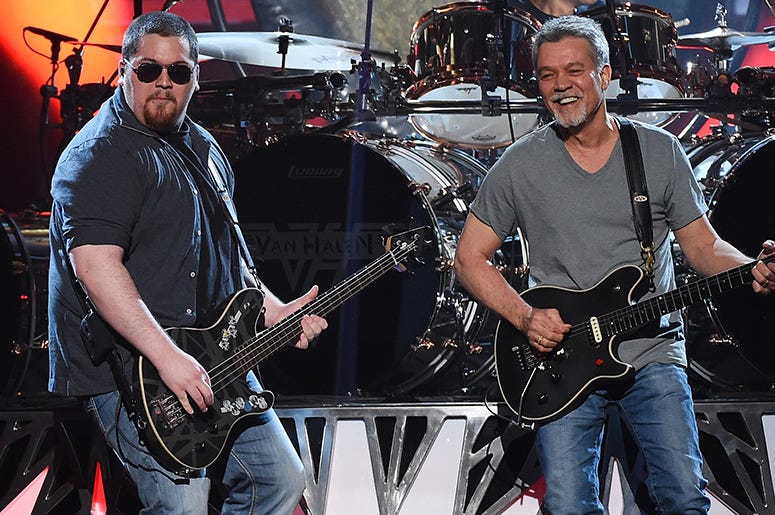 Wolfgang Van Halen is speaking out against rumors he might replace his late, great father Eddie as the lead guitarist for the legendary rock group.

The guitarist’s son quote tweeted a screen shot from user @MetalSludge, reporting Wolfgang was being strongly considered by bandmates, and family, to be lead guitarist for Van Halen after his father died of throat cancer, earlier this month. “This is just a s***** lie attempting to capitalize on these awful times,” Wolfgang lashed out. “Please stop with this.”

He says the speculation is hurting his family and professional life in ways not seen by the public. “Anyone peddling this s*** is not only hurting the fans, but hurting me and my family.”

This is just a shitty lie attempting to capitalize on these awful times. Please stop with this.

Anyone peddling this shit is not only hurting the fans, but hurting me and my family. https://t.co/YqJKBaqpjy

Eddie Van Halen first went public with his throat cancer diagnosis in 2019, but had been receiving treatment since 2014.

It was the latest in a line of health issues Van Halen encountered throughout his life, including a 2000 diagnosis of tongue cancer.

It was the younger Van Halen’s solemn duty to inform fans of his father’s death. He confirmed the news with an emotional tweet. “I can't believe I'm having to write this, but my father, Edward Lodewijk Van Halen, has lost his long and arduous battle with cancer this morning," Wolf said.

"He was the best father I could ask for. Every moment I've shared with him on and off stage was a gift."

Wolfgang has worked diligently to carve out his own career. He participated in the heavy metal band Tremonti and continues to craft his debut solo album.