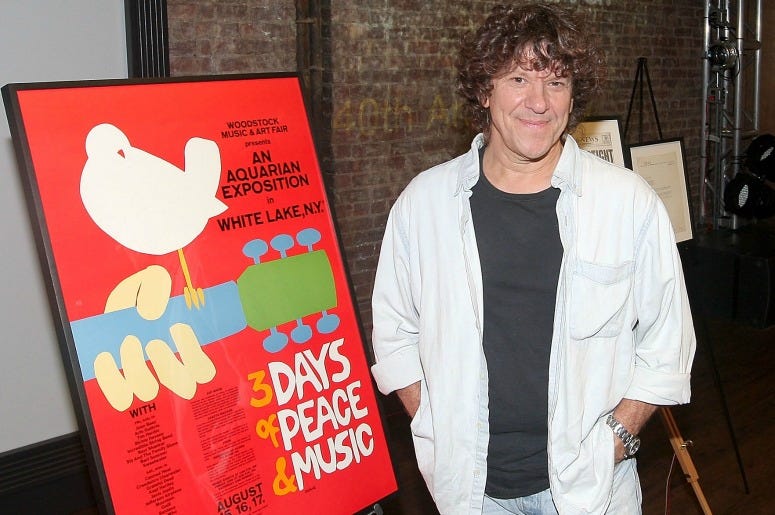 According to Variety, vendors and stakeholders were notified on Wednesday July 31st that plans for the 50th anniversary celebration would not be moving forward.

“We are saddened that a series of unforeseen setbacks has made it impossible to put on the festival we imagined with the great lineup we had booked and the social engagement we were anticipating,” Woodstock co-founder Michael Lang explains in a statement.

The cancellation comes less than a week after the event once again changed venues, this time away from Upstate New York entirely and into Maryland at the Merriweather Post Pavilion.

“We released all the talent so any involvement on their part would be voluntary. Due to conflicting radius issues in the DC area many acts were unable to participate and others passed for their own reasons” Lang continues. “I would like to encourage artists and agents, who all have been fully paid, to donate 10% of their fees to HeadCount or causes of their choice in the spirit of peace.”

In the final stages of Woodstock 50, the festival was to be free and benefit HeadCount. The organization promotes voter registration.

“Woodstock remains committed to social change and will continue to be active in support of HeadCount’s critical mission to get out the vote before the next election. We thank the artists, fans and partners who stood by us even in the face of adversity. My thoughts turn to Bethel and its celebration of our 50th Anniversary to reinforce the values of compassion, human dignity, and the beauty of our differences embraced by Woodstock.”

On Tuesday, Miley Cyrus, Santana, The Lumineers, and The Raconteurs became the latest to remove themselves from Woodstock 50. The collection of artists joined Jay-Z, Dead and Company, and John Fogerty in announcing their intentions not to play Woodstock 50, since the move to Maryland was determined.

Separate from the beleaguered Woodstock 50, a celebration of the iconic festival is set to take place in Bethel Woods, the original site for Woodstock. Events include a concert from Ringo Starr, Santana, and a screening of the Woodstock film. You can find more details here.