Garth Brooks has won Entertainer of the Year at the CMA Awards more than any other artist. The “Friends in Low Places” singer has set the standard, scoring a miraculous six victories for the top prize of the night. Is lucky number seven on the way?

Amazingly, somehow Garth was not nominated last year for the first time since 2014. Maybe someone forgot to check the mail or something, but now everything is right in the world with the top-selling Country artist of all time back in the running.

We asked a few of our favorite artists if they think Brooks will return to the top spot, and across all genres from Rock to Pop and back to Country, the answer is pretty clear.

“I think Garth Brooks will win ‘Entertainer of the Year’ every year,” jokes Hannah Mulholland of Runaway June in the exclusive RADIO.COM video above. “Like, forever,” adds bandmate Jennifer Wayne.

“As long as he wants to be there, they will give him that honor,” Hannah adds. 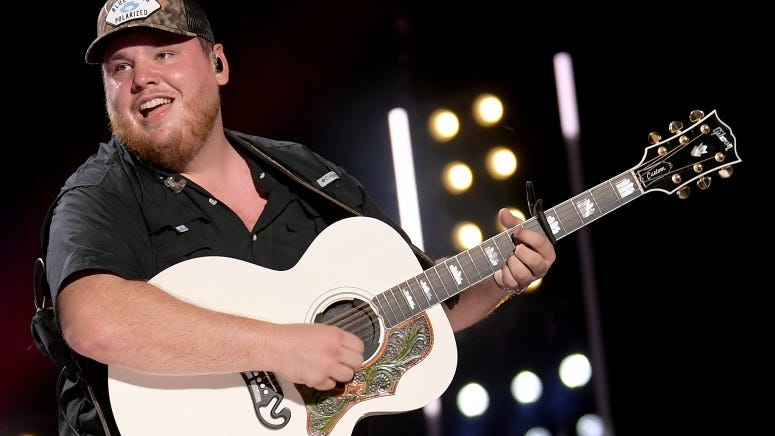 From shaking stadium concerts to this year’s intimate ‘Dive Bar’ Tour, there are not many that put on a show like Garth Brooks. “What is the last concert that blew your mind?” Brent Smith of Shinedown ponders. “I gotta go ahead and just say it because it’s the absolute truth. It was Garth Brooks.”

“Hands down, probably the greatest showman I have actually seen in person, one hundred percent” Smith adds. “And to see an arena that is completely in the round, and there’s not one empty seat, and the man plays for three hours and nobody leaves. That just happened to be the second night of a nine show stint that he was doing there. Just absolutely astonishingly awesome.”

It seems like everyone we ask across the world of music thinks that this is Garth Brooks’ year to return to the top, but Bishop Briggs is here to remind us that it’s a tough group of nominees, and we love them all.

“I am wishing all of the nominees success and good luck,” she smiles. “Is that what I say?” she adds with a laugh.

Garth does face a major challenge from last year’s winner, Keith Urban who has built upon his win for an excellent 2019. Also Carrie Underwood is a big favorite this year, on a night dedicated to the legendary women of Country music. And let’s not forget Chris Stapleton, who has won Male Vocalist of the Year for the past four years, and Eric Church, who is nominated for the third time. Church is coming in hot with his Double Down Tour and his critically acclaimed album, Desperate Man.

What we’re trying to say is that we can’t pick a favorite, and we would rather you do it for us. Who do you think should win Entertainer of the Year at the 2019 CMA Awards?