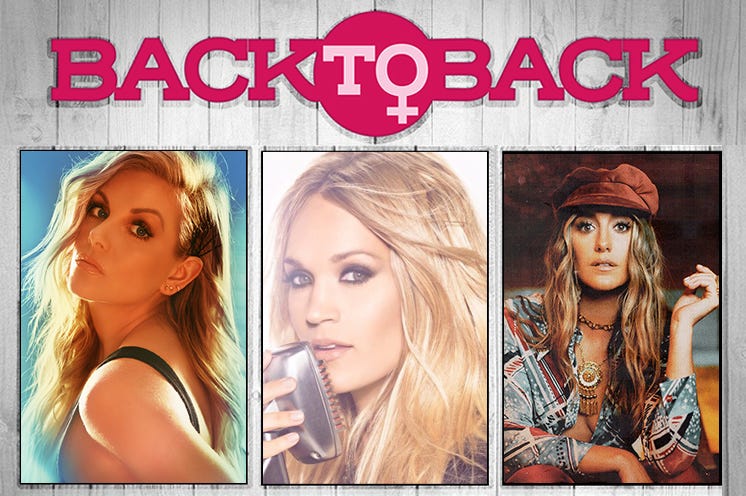 Lindsay Ell​ - Want Me Back

ACM nominated Lindsay Ell just released her sophomore album Heart Theory this summer. The first track off the album, "Want Me Back" was co-written with Kane Brown and again shows off Lindsay's talented vocals.

In 2013 Carrie Underwood's "Blown Away" won her GRAMMY Awards for Best Country Song and Best Country Solo Performance. Here it is featured on Back to Back this week as Carrie discusses how things are changing for women in Country music.

Meet country newcomer Lainey Wilson, who you may have seen on CMT’s Next Women of Country or heard her music on the hit television show, Yellowstone. Check out her new single "Things A Man Oughta Know."