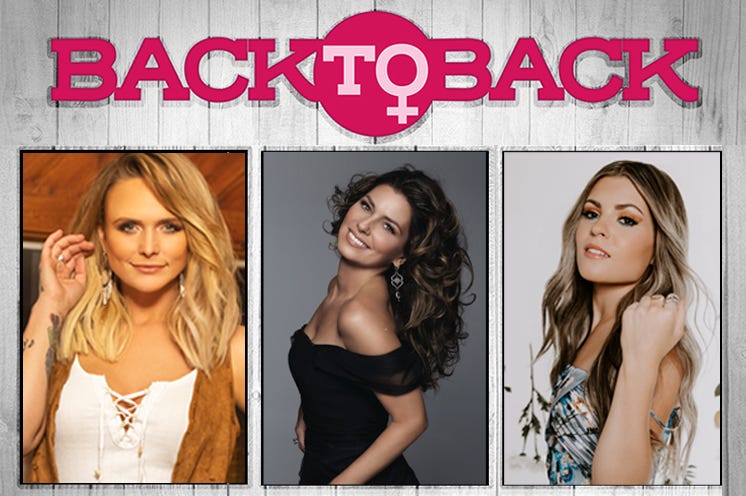 After celebrating her number one song "Bluebird," ACM and CMA award winning Miranda Lambert is back with her next single off her 2019 album Wildcard. "Settlin’ Down" is the perfect description of being stuck in between settlin’ up and settlin’ down.

Shania Twain - Any Man of Mine

You can't think of '90s Country music without thinking of genre pillar, Shania Twain. A five-time GRAMMY winner, Shania paved the way and influenced many of today's female artists. Recently, Shania celebrated the 25th "birthday" of her very first number one song, “Any Man of Mine.”

If Tenille looks like a familiar face, it's probably because you've seen her not once, not twice, but three times performing on ABC's The Bachelor. Tenille Arts is a Canadian native and just released her debut album Love, Heartbreak and Everything in Between in January.