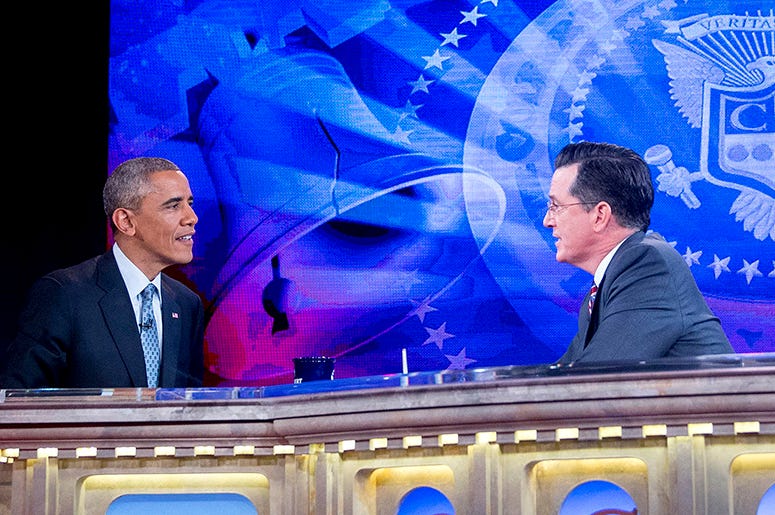 It’s already an established fact that Dolly Parton is not only an iconic singer, but a national treasure as well.

This was most recently confirmed when news broke of Dolly’s involvement in helping to fund a highly effective COVID-19 vaccine from Moderna.

During a chat with Stephen Colbert, former President Barack Obama was asked a few questions that he’s probably never heard before; like whether he prefers Frostees or Blizzards, and which Monopoly piece he would choose. Most pressing for Colbert, a confessed superfan, was the question of why the Country icon never received the Presidential Medal of Freedom during his time in office.

Obama, who was on the show promoting his new memoir A Promise Land, admitted it was a "screw-up" not to honor Parton, and said he simply "assumed that she had already got one. And that was incorrect. I'm surprised. She deserves one."

"Looking back your eight years, do you realize that's the mistake you made," Colbert asked with a smile. "Actually, that was a screw-up," Obama declared.

We 100% agree that he should make it happen as well.

As the holidays approach Dolly has called for unity, asking people to "carry that Christmas spirit" into the new year, one which may even see the 75-year-old pose in the pages of Playboy once again. 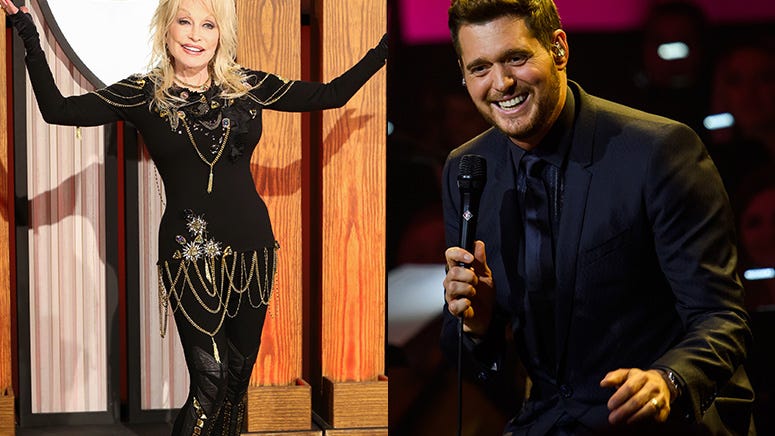 Dolly Parton and Michael Buble take us inside their collaboration ‘Cuddle Up, Cozy Down Christmas’

music
Kate Hudson says estrangement is 'unfortunately quite common' amid talk of her own father
music
Looking back on the surfing days of Bruce Springsteen
sports
Deion Sanders didn't show up to draft meetings with Lions because he didn't want to go to Detroit
sports
Patrick Mahomes on idea he is chasing Tom Brady: 'It's going to be hard to do'
music
Are concerts cancelled again for 2021?
sports
Weekend betting recap: Dustin Poirier KO of Conor McGregor massive win for sportsbooks