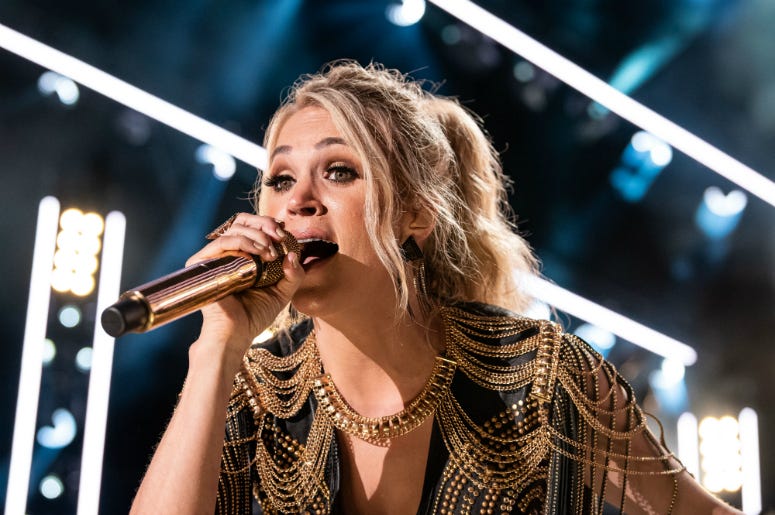 Earlier this year, Savannah Dahan’s father posted video online of her signing and dancing to “The Champion” and asked for retweets in the hopes of getting the singer’s attention and maybe even a meeting. Underwood responded and said she’d love to meet Savannah, who is deaf.

Fast-forward seven months and it really happened. Savannah drove with her family from Frederick, MD to Underwood’s Cry Pretty 360 Tour stop in Washington, D.C. over the weekend. Not only did they catch the concert, they went backstage where Savannah got so sign “The Champion” for Underwood as she stood right next to her!

Underwood tweeted a video of what she called a special moment, and said Savannah brought so much joy to the song.

Savannah! You bring so much joy to #TheChampion! Thank you for such a special moment last night in D.C. 🤟 https://t.co/jWxgQndlCi pic.twitter.com/kyaD0fQ5EE

Savannah’s parents and two siblings are also deaf. Her father told Today in March that she was born with moderate to severe hearing loss and uses sign language to communicate, but she also benefits from hearing aids and can hear music through a different process.

“She first memorizes the lyrics and then learns to match the beats with those lyrics,” Richard said. “That is how she is able to follow the song.”