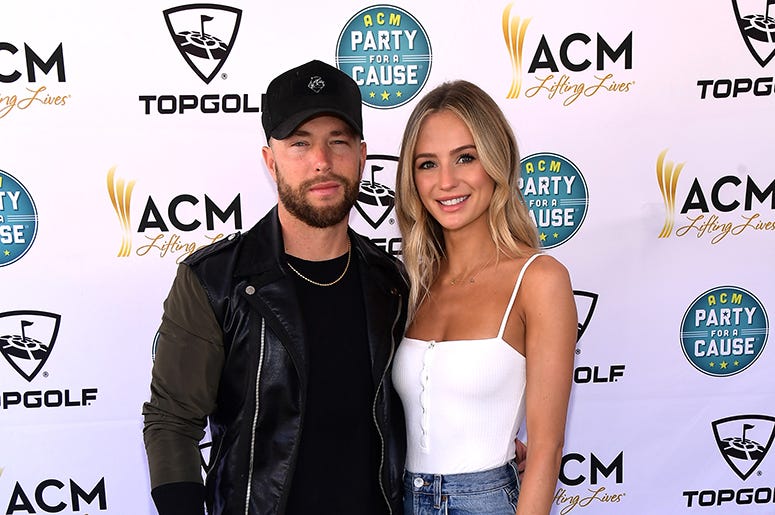 It's not all bad news in 2020... there are silver linings everywhere you look.

Singer Chris Lane joined RADIO.COM's Kelly Ford this morning to talk about the big, big news he and his wife, Lauren, just shared with the world and the rise of his single "Big, Big Plans" on the Country charts.

On Monday, Chris dropped the news that he and his wife are now expecting their very first bundle of joy, posting an ultrasound to his fans and captioning it, "Prayer works! Hope you look like your mama!"

"We've been trying for a while," Chris tells Kelly. "So we're very, very excited. It almost doesn't feel real, but here we are!"

Obviously, he's been keeping himself (and his wife) busy during lockdown, something he considers a silver lining during all of the turmoil of 2020. "It's given us a chance to kind of concentrate on this and not be exhausted from the road and all that kind of stuff... Hell yeah, it gave is a chance to really try and Hallelujah, thank the Lord it worked out."

Kelly joked that it must have been nice to tell their family, friends and co-workers to leave them be as they worked on their "project" together -- and Chris agrees. "My parents are obviously very happy," he says. "They already have one grand baby, who is nine-years-old, that my twin brother had."

Now, the couple awaits finding out the gender. "We're gonna find out. We don't have too much longer... My mom, she's hoping for a girl; I'm secretly hoping for a boy; I think my wife wants a girl," Chris admits.

This week, Chris Lane's 2019 single "Big, Big Plans" could hit the number 1 spot on the Country charts -- which would unquestionably be fittingly poetic along with the baby announcement. The track's video features sweet memories the couple have shared and serves as a tribute to their love for each other.

Looking forward to the milestone, Chris admits, "if it does {hit number one], what an incredible way to wrap up a song. You can't ask for better timing than that on accident!"