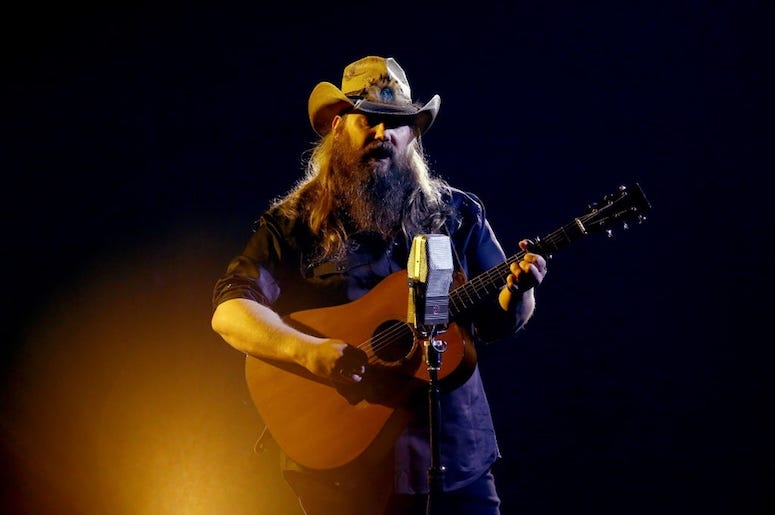 Chris Stapleton returned with his first record since 2017 when he released his fourth studio album Starting Over. It may seem like a long time in between albums, but that was a calculated measure on Stapleton’s behalf.

Stapleton spoke with RADIO.COM’s Rob + Holly in an extensive interview touching on his new album Starting Over and much more. He finished the album this past February, just before the COVID-19 pandemic began to develop in the U.S.

“Previous to that we’d worked on it for two years incrementally,” Stapleton said. He “started the process in winter of 2018” of making the album, but didn’t feel like the time was right to dive head first into it. “I’m a big universe guy and felt like we were hitting a wall a little bit and so I said ‘well let’s just put it down, kind of put it away and tour for another year, write a little bit, try to see what else happens and reconvene in the winter of 2019,” he said.

Stapleton listened to his gut and as a result, it delivered the powerful album that you’re hearing today. “What you’re hearing is the product of giving an album a little bit of time and space to be what it needed to be,” Stapleton said.

He provided an interesting insight into his creative process that may help explain why he opted to wait on releasing Starting Over. “Music takes on different meaning over time,” he exclaims.

“A lot of the records that we’ve made in the past, I got to perform those songs after they’ve been around for 10 years and they meant something different to me than the day that I wrote them. In some ways it made me know those songs were worth singing.”

It’s not only personal meaning that Stapleton takes into consideration, but how others interpret his music. “It’s really interesting to see the life of songs and watch them get meaning in life through the interaction with people,” he says.

One of the best examples of that is the song “Maggie’s Song.” After Holly told him how moving that song was, Chris gave us the backstory on it. “That song is just a true story. I wrote that song the day after our family dog passed away,” he said.

“Sometimes when you write songs like that they’re reactionary and meant to be for somebody who does what I do. That’s an outlet, [it’s] therapeutic in a way… She was a dog that not only deserved a song, but deserved to be heard. A song that got to be heard. I’m happy to put it on there, but I’m sorry for the tears.”

Like many COVID-19 altered any plans Stapleton had this year. Still, he’s looking at the positives it's brought. “I’ve got to spend more time with my children than I have at all in the past five years,” he says. “It’s been a real new way of moving, but also what a gift. This year it’s hard to look at things as gifts, but that is a gift.”

One other plus? He picked up a new hobby. “I’m 42 years old and decided I was going to start riding a mountain bike around the farm,” he explains. “I’ve had a lot of fun with it! I’m by no means changing careers, but it’s been a nice hobby to tinker with bicycles and change parts on them.”

Listen to Chris Stapleton’s full interview with Rob + Holly below.