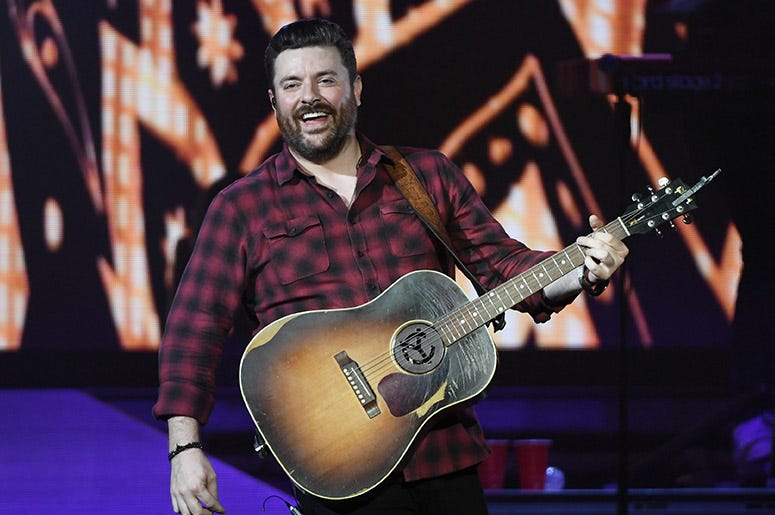 You better think twice before inviting Chris Young over for Thanksgiving dinner. The night might end with cranberry sauce in the garbage and feeling hurt.

“I’m talking about the photo you see of the little cylinder that comes out of the can and it has the wrings on the side. We don’t need that,” the Country star told RADIO.COM’s Kelly Ford, while sharing his distaste for the popular side dish. “Look, if you’re making it homemade or you’re doing something like that, so be it. But if it’s that can of… no.”

Young may sport a curmudgeonly attitude towards cranberry sauce, but he’s pumped up about his latest collaboration with Kane Brown on the single “Famous Friends.” Chris says the track speaks to a universal support system most people feel growing up in a community. “This song is our take on the people you grew up with, and a small town song,” he said “Maybe not even a small town, but your home town. Just reminding you of the people you grew up with.”

In an age of extravagant social media posturing, fans may expect Young and Brown’s collaboration to follow a fun story. Turns out, a simple text message got the ball rolling. “There should be some magical story about us being in the studio and Kane just showed up, but no. I just texted him and asked ‘What do you think about this?’”

Lyrics were based on personal relationships both artists held in their communities, even if they didn’t know it. “These are all real people. Not all of them know they’re in the song yet,” Young admitted. “So I expect at least one or two text messages asking, ‘Is this me?’”

The nostalgic laden track provides a window into cherished relationships. Chris says he walked away from the experience with a smile. “I fell in love with the song after we got done with it.”