Dierks Bentley’s three children are increasingly becoming a part of his career as they get older, and with the extra attention comes a friendly sibling rivalry.

The country star’s 5-year-old son, Knox, makes an appearance in the video for his most recent single “Living.” It’s a heartwarming clip that features the two spending quality time together and enjoying life. Not to be outdone, Knox’s 10-year-old sister is already making her own plans for dad’s next video, as Bentley told Jesse Addy of New York’s Country 94.7.

“I just got done climbing a mountain (last week) out in Wyoming: the Grand Teton – 18 hour climb, 7,000 vertical feet, and my daughter, Jordan, she wants to do something like that and tape it and make the video for ‘The Mountain,’ Bentley said. “She’s convinced it’s happening so I gotta figure that one out.” 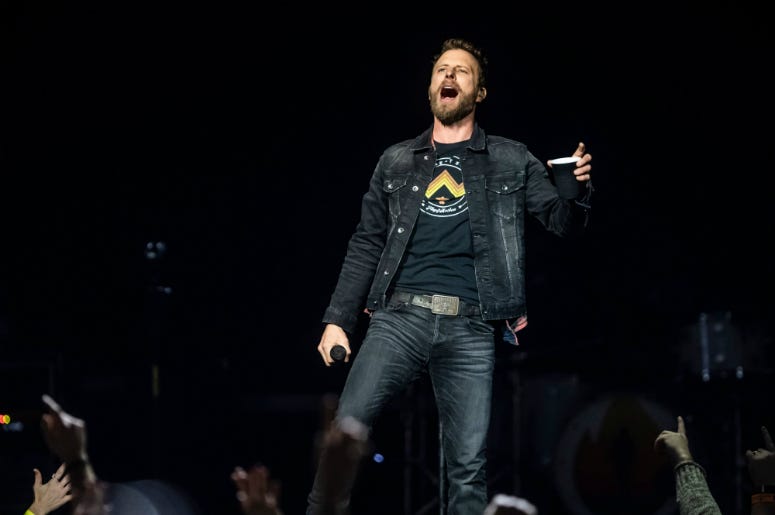 Knox, Jordan and their sister, Evelyn, have all appeared on-stage with their dad and take part in his concerts. Knox sings and dances during the bluegrass segment, Jordan joins him for country covers and Evelyn sings during the main show.

“Whenever they come out it’s just becoming more and more fun because they’re involved in the tour,” Bentley said. “I’m not having to take care of them. They’re just part of the circus.”

You can catch Bentley and maybe his children on his Burning Man tour this summer. Get the full list of dates here.